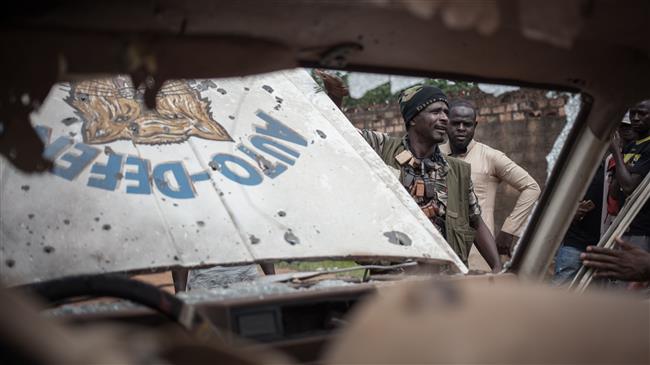 A peacekeeper was killed and eight others were injured Thursday during an attack on a convoy in the Central African Republic, the UN’s MINUSCA force and the Mauritanian army said.

The ambush took place as a contingent of Mauritanian peacekeepers were escorting a logistical convoy between the towns of Kongbo and Alindao in the southern central part of the country, the UN said.

Five in the convoy sustained serious injuries, and the death raises to three the number of peacekeepers killed in the strife-torn country since the start of the year, it said.

In New York, UN Secretary General Antonio Guterres condemned the attack and sent his condolences to the family of the dead peacekeeper.

“Attacks against United Nations peacekeepers may constitute a war crime,” Guterres stressed, calling on Central African Republic authorities “to investigate… and swiftly bring those responsible to justice,” in comments relayed by a UN spokesman.

The UN has around 12,500 personnel deployed in Central Africa as part of its MINUSCA mission, one of the world body’s largest peacekeeping forces.

“Such blind violence is unacceptable. Why attack peacekeepers whose only reason for being on Central African soil is to help the country to escape the spiral of violence and help it return to lasting peace and security?” asked CAR’s UN special representative Parfait Onanga-Anyanga.

The violence has raised fears that the country, one of the most unstable in the world, could again plunge into a bloody sectarian conflict.