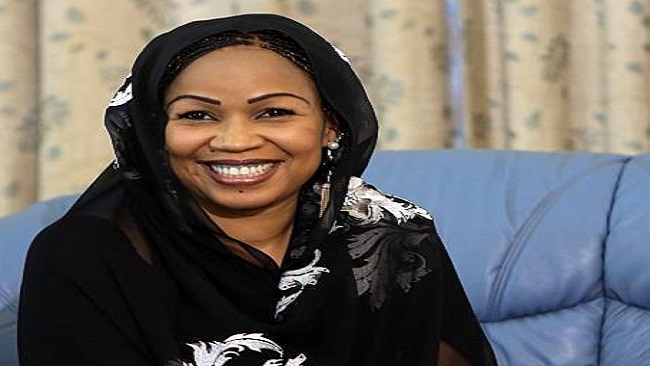 Chad’s former first lady Hinda Deby Itno is no longer standing by her man and has fled the war-torn country with her children to Yaoundé.

The wife of President Idris Deby assassinated following a coup in N’djamena crossed the Chad-Cameroun border incognito and has accepted guarantees of protection and financial security from the 88 year-old President Biya.

Cameroon Intelligence Report gathered that Yaoundé gave her the opportunity to leave N’djamena with the help of French secret service officers operating in Chad.

Our Yaoundé city reporter also hinted that the Biya decision was made in the best interest of the late President Idris Deby children.

Chadian rebels that launched the offensive against the Idris Deby regime have rejected the transition government led by one of Deby’s sons, four Star General Mahamat Idriss Déby Itno and have vowed to pursue the offensive. A state funeral for Deby will be held on Friday, the presidency said.

As Chad’s president, Idriss Deby, exits the political scene in uncertain circumstances, many in the world have begun thinking that Chad might be talking to Cameroon.

The Chadian president had won a landslide victory in a predetermined presidential election like his Cameroonian counterpart, Paul Biya.

The beleaguered Chadian leader was dealing with an insurgency just like his Cameroonian counterpart and had vowed to crush it.

But can the Chadian situation be a lesson to Cameroonian authorities?

By Isong Asu with files