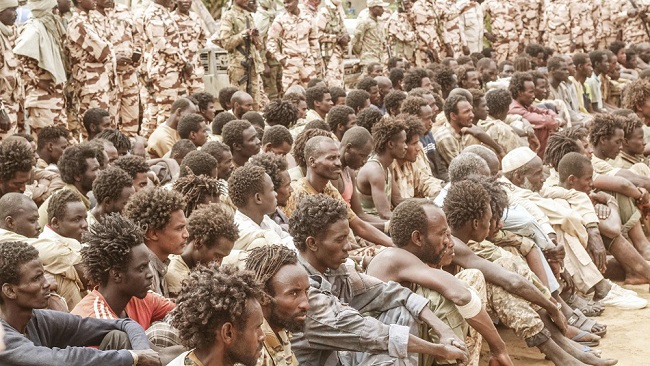 Chad’s military has declared victory against rebels following weeks of fighting that led to the death of long-time President Idriss Deby on the battlefield.

“The triumphant return of the army to the barracks today heralds the end of operations and Chad’s victory,” the army’s Chief of the General Staff Abakar Abdelkerim Daoud told reporters on Sunday.

“War came and we were able to bring the situation under control… The situation is back to normal,” Daoud added. “It’s all over, the national territory has been secured.”

The northern rebels had launched an offensive near the border on election day (April 11), demanding an end to Deby’s 30-year rule.

Deby visited troops on the battlefield a day after claiming re-election victory and sustained injuries in an attack that led to his death, throwing the poor Sahel country into a political crisis.

The army has claimed to have killed hundreds of the rebels.

In the capital city N’Djamena, crowds cheered as soldiers returned from the frontline in a long column of tanks and armored vehicles.

However, the Front for Change and Concord in Chad (FACT) rebel group said in a statement that it was not aware of an end to the fighting.

FACT “will comment when it has reliable and credible information,” said the rebel group’s spokesman Kingabe Ogouzeimi de Tapol.

In the meantime, scores of imprisoned rebels and dozens of captured vehicles were put on display for the press to see at an army base in N’Djamena.

One of the imprisoned rebels identified as Bechir Mahadi, FACT’s chief of military operations, called for the Chadian authorities to respect the rights of prisoners of war.

Mahadi also urged “those who are still in the rebellion outside the country (in Libya) to return to legality and contribute to the building of a democratic country.”

The military council, which is led by Deby’s son Mahamat Idriss Itno, 37, seized power right after Deby’s death on the frontline.

However, the opposition and civil society groups have denounced the military council, calling the seizure of power a coup. They called on their supporters to take to the streets in protest.

Chad’s former colonial master, France, which has its troops based in Chad, had been a long-term ally of Deby. France initially backed the military council but later called for a civilian national unity government.

French forces have been engaged in the fight against rebels alongside the Chadian troops.