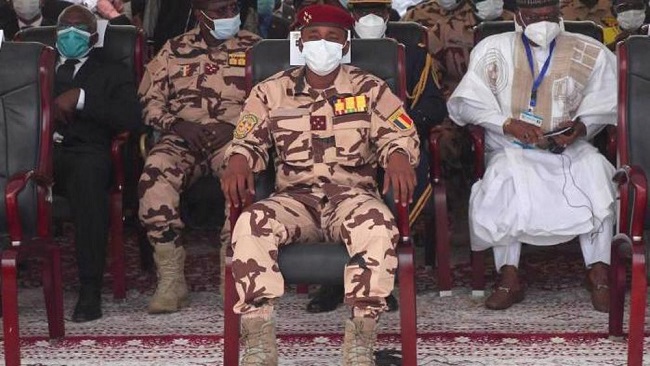 Chad’s ruling junta has dismissed a truce and negotiations offer from the Central African nation’s northern rebels, slamming them as “outlaws” that should be traced and detained for their role in the recent death of long-time President Idriss Deby.

“The time is not for mediation, nor for negotiation with outlaws,” said the military council’s spokesman Azem Bermandoa Agouna in a statement on Sunday, one day after the rebels – who stand accused of killing the impoverished country’s Western-backed ruler – declared their willingness to observe a ceasefire and discuss a political settlement.

The ceasefire offer by the rebels — known as the Front for Change and Concord in Chad (FACT) – came two weeks after they launched an offensive near the border on election day, demanding an end to the 30-year rule of Deby, who visited troops in the battlefield a day after claiming re-election victory.

“FACT is ready to observe a ceasefire for a political settlement that respects the independence and sovereignty of Chad and does not endorse a coup d’état,” FACT spokesman Kingabe Ogouzeimi de Tapol said earlier on Sunday as quoted in a Reuters report.

The late leader’s son, Mahamat Idriss Deby, seized power following the death of Chad’s ruler — long regarded as a Western ally in the fight against fighters resisting his despotic rule. He then claimed the junta intended to oversee an 18-month transition to next elections. FACT rebels, on the other hand, insisted they would not tolerate a “monarchy” while the Sahel country’s opposition politicians slammed his rise to power as “a coup.”

Chad on Friday staged a state funeral for the veteran leader as former colonial ruler in Chad, France, along with other regional allies threw their support behind Deby’s son Mahamat.

Meanwhile, Chad’s military junta also called on neighboring Niger on Sunday for assistance in capturing FACT’s leader Mahamat Mahadi Ali after claiming that he had fled the country into Niger following heavy fighting.

“Chad calls for the cooperation and solidarity of Niger… to facilitate the capture and bringing to justice of these war criminals,” a junta spokesman declared.

FACT fighters reportedly poured into Chad over its northern border from Libya on April 11 calling for an end to Deby’s three-decade rule. They reached as close as 200-300 kilometers from the capital N’Djamena, before being pushed back by the army.

Chad’s air force has since bombarded rebel positions, the military and rebels confirmed. The military further claimed on Saturday it had “annihilated” the rebels.

“We have affirmed our availability to observe a truce, a ceasefire… but this morning we were bombarded again,” Mahadi Ali said late Saturday as quoted by AFP.

Mahadi Ali further warned that the truce had to be observed by both sides, insisting, “We cannot respect the truce unilaterally. A truce must be made on both sides. We will not fold our arms and let ourselves be massacred.”

The military council has come under pressure to hand over power to a civilian transitional government as soon as possible. The African Union has expressed “grave concern” about the military takeover, while France and regional powers are pressing for a civilian-military solution.

Chad’s junta spokesman, however, emphasized that the two sides were at war, saying, “They are rebels, which is why we are bombing them. We are waging war, that’s all.”