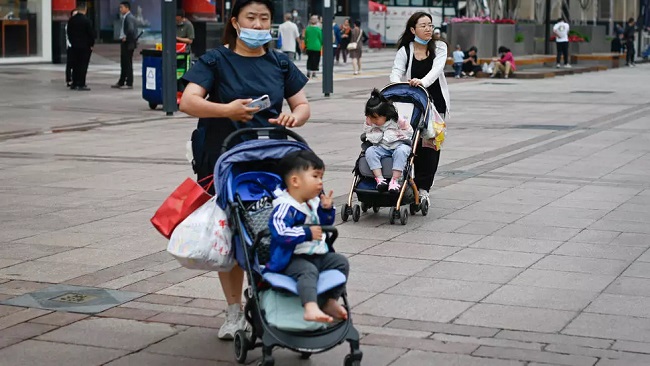 China allows couples to have up to three children 0

China has relaxed its family planning policy to allow couples to have a maximum of three children after a census showed its population is rapidly ageing, state media Xinhua reported Monday.

For almost 40 years, China enforced a controversial “one-child policy” — one of the strictest family planning regulations worldwide — which was lifted in 2016 due to widespread concerns over an ageing workforce and economic stagnation.

“To actively respond to the ageing of the population … a couple can have three children,” Xinhua said, citing a Monday meeting of China’s elite Politburo leadership committee hosted by President Xi Jinping.

Despite government efforts to encourage childbirths, China’s annual births have continued to plummet to a record low of 12 million in 2020, the National Bureau of Statistics said last month.

China’s fertility rate stands at 1.3 — below the level needed to maintain a stable population, the bureau revealed.

It comes alongside a sharp drop in the number of working-age people, once again raising fears of a looming demographic crisis.

China’s gender balance has also been skewed by decades of the one-child policy, and a traditional social preference for boys which prompted a generation of sex-selective abortions and abandoned baby girls.