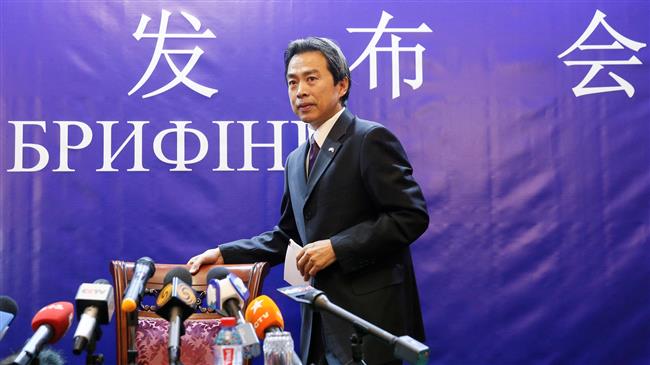 China’s ambassador to Israel has been found dead at his residence in a coastal suburb north of Tel Aviv, Israeli officials say.

Ambassador Du Wei, 57, was found by an embassy worker in his bed on Sunday morning, they said.

His wife and son were not in Israel at the time and the cause of death was not immediately clear.

Du was appointed to Israel on February 15 after serving in Ukraine. He quarantined himself for two weeks because of the coronavirus pandemic before meeting Israeli officials on March 3.

Du had served in China’s Ministry of Foreign Affairs for more than 30 years, according to a biography on the Chinese Embassy’s website.

China’s burgeoning relations with Israel have been vexing the United States which regards the occupied territories as its backyard in the Middle East.

During his visit to Israel on Wednesday, US Secretary of State Mike Pompeo said China’s investments in the territories could pose a security risk, particularly in the area of infrastructure.

On Friday, the Chinese Embassy in Israel referred to the warning and Pompeo’s claims that China had concealed information about the outbreak of the coronavirus from the world, dismissing them as “absurd.”

An embassy statement noted that “scientists still haven’t identified the origin of COVID-19,” and that China never concealed the outbreak of the disease in the country. It also said the United States is currently the epicenter of the pandemic.

In an interview with Israel’s Makor Rishon newspaper in April, Du addressed the matter of Chinese investments in Israel, expressing hope for further cooperation.

He also expressed hope to strengthen the ties between Israel and China, addressing the accusations leveled at his country as being the one responsible for the outbreak of the virus.

Israel, however, recommended against travel to China in February and urged all residents of Israel in China to leave after suspending all direct flights to the country.