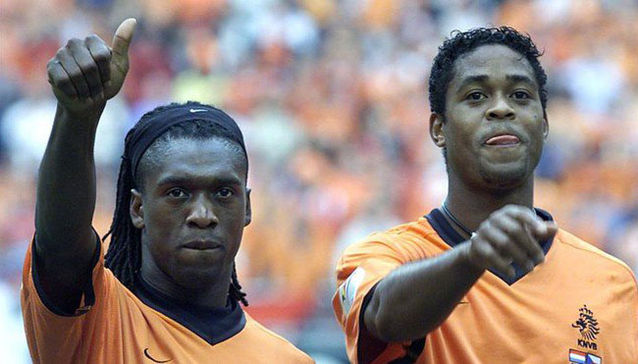 African champions Cameroon are reportedly considering a sensational coaching duo of two Dutch legends while confirming that former England manager Sven-Goran Eriksson has met for talks over the vacancy.

The Indomitable Lions have been without a leader since sacking AFCON-winning coach Hugo Broos after his failure to guide the nation to the 2018 FIFA World Cup.

Iconic Netherlands duo Patrick Kluivert and Clarence Seedorf have now emerged as serious contenders for the job, according to Foot Mercato.

After enjoying illustrious playing careers in Europe and with The Oranje, both are relatively inexperienced in comparison to the other contender Seven Goran Eriksson.

Kluivert’s most high profile job after professional football came in the form of an assistant coach role with the Dutch national team, while more recently he served as a technical director at Paris Saint-Germain.

While the Cameroon Football Federation confirmed Eriksson has held talks, his excessive wage demands could be the stumbling block as he too holds another offer from the Iraq national team.

“The Swedish manager was invited to Cameroon for a discussion in connection with the recruitment of a head coach for the senior national side – the Indomitable Lions.

“After the interview with Sven-Goran Eriksson and taking into account the other existing offers, Fecafoot will reveal in the next few days its choice of permanent coach for our national team.”