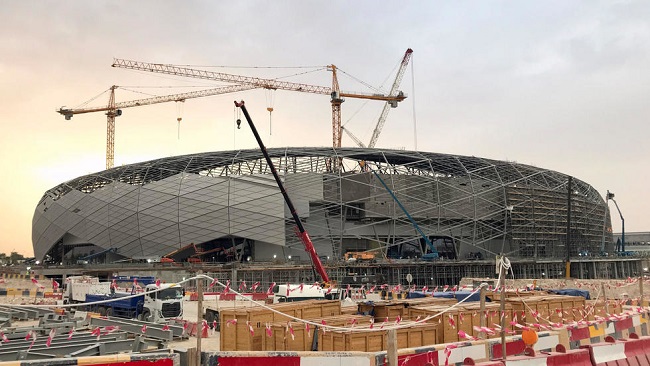 Organisers would have wanted to use the Club World Cup as a demonstration of readiness for next year’s World Cup in Qatar, highlighting gleaming infrastructure and a soft touch with fans from abroad.

Instead foreign supporters were banned and all eyes were on strict coronavirus containment measures that followed high-profile outbreaks at the AFC Champions League and recent Australian Open qualifiers played in the Gulf state.

While the measures were lauded by FIFA as a success, Bayern Munich star Thomas Mueller tested positive for the virus and at least two members of the Al-Ahly delegation went down with Covid-19.

New coronavirus cases grew 18 percent nationwide in the eight days of the tournament compared to the same period the week before as health officials warned of a second wave.

A new lockdown could now be on the horizon, medical sources have told AFP.

However, confident authorities said ahead of the tournament that stringent testing requirements at a recent domestic cup final, similar to those in place for the Club World Cup, showed that the risk of the virus spreading at such an event could be contained.

The day before the competition was due to get underway, Qatar announced a tightening of restrictions including a reduction of spectator capacity at stadiums to 20 percent.

However because the Club World Cup had secured approval to stage matches with stadiums at 30 percent capacity prior to the new rules, it was permitted to proceed with larger crowds, an official source told AFP.

“One hundred percent security never exists, but we can do whatever we can to go very close to this,” FIFA president Gianni Infantino told AFP in Doha during the tournament.

For the first time he also raised the prospect of coronavirus measures being enforced during the 2022 World Cup but insisted stadiums would be full.

The Club World Cup played out as Doha underwent a relative cold snap with temperatures in the evening, when matches were played, dipping below 20 degrees Celsius (68 Fahrenheit).

Next year the World Cup itself will be staged in November and December when conditions are likely to be similarly mild.

So far Qatar has inaugurated three new venues and one refurbished ground with four still to open, most likely later this year. All of them boast state-of-the art air conditioning.

It was also revealed just ahead of the tournament that alcohol would be available at venues — albeit only in VIP hospitality suites pending a decision on general ticket holders’ access to drinks.

There was however no repeat of the boozy fan zones which proved popular with fans during the 2019 Club World Cup as all events away from matches were cancelled to stop the spread of Covid-19.

While the large contingent of Al-Ahly fans who call Qatar home made stadiums feel more than 30 percent full, there was little else in Doha to suggest a major tournament was underway.

The limited number of fans attending matches also meant key aspects of Qatar’s 2022 infrastructure did not face an acid test.

The involvement of Bayern, both in the tournament and at previous training camps in Qatar, drew scrutiny from supporter groups and rights activists. Bayern have a shirt sponsorship deal with Qatar Airways.

Fair Square claimed that despite some progress, including reform pledges backed by the International Labour Organization, “progress has been limited in scope and as yet not effective in implementation”.

They include a new minimum wage due to begin this month, and scrapping requirements for managerial approval for staff changing companies.