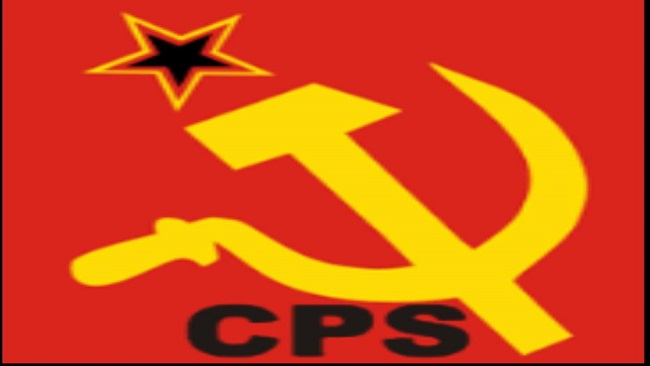 The Communist Party of Swaziland supports calls for an end to atrocities being committed by the Cameroonian military in Ambazonia, the former UN Trust territory of Southern Cameroons, also known as English-speaking Cameroon.

The Communist Party of Swaziland (CPS) condemns the continued atrocities committed on the people of Ambazonia by the Cameroonian government and its security forces. A former UN Trust territory Under British administration, the people of Ambazonia have for decades been denied their right to self-determination. The region has been characterised by the systematic burning down of entire villages, targeted kidnapping and killing of human rights activists, the rape and killing of women, men and children, by the Cameroon military. The government has in some instances shut down the internet in attempts to hide the atrocities.

The CPS calls for the working class of the world to unite in the call for the halting of human rights violations in the region. The CPS also supports calls for the United Nations Security Council to mandate an Independent International Fact-Finding Mission on this conflict and for the African Union to actively resolve the conflict.

Since September 2016, the Cameroon military has carried out a systematic and ruthless military campaign against the minority Ambazonian communities. Initiated in 2016 to suppress peaceful demonstrations for the rights of the populations in the regions, the campaign has relentlessly violated international human rights law.  These include, among others, the burning down of more than 400 villages by the Cameroon military – along with the burning of the old and the sick in their own homes in some cases. The military has forced tens of thousands to seek refuge in neighbouring Nigeria, and also internally displaced close to a million people. In March 2019, the United Nations reported that about 4 million people in the region had been affected by the conflict.

The Cameroonian government and its military have ignored all calls for an end to the atrocities committed by its soldiers in the region, including ignoring a call from the African Union’s Special Rapporteur on Human Rights on Cameroon to:

1. Investigate the alleged killings, rapes, inhumane treatment and human rights violations on peaceful protesters by the riot police, elements of the gendarmerie, the military and the BIR in Bamenda, Buea and Kumba;

2. Immediately end the alleged violence against civilians and take necessary steps to ensure that the human rights of its citizens and all its inhabitants are respected;

3. Uphold the right to freedom of expression, assembly,

4. Cease all arbitrary arrests and detention; and

5. Release all individuals unlawfully arrested during the protest.

In the months that followed there were peaceful protests by the people in the region, countered by more vicious persecution of peaceful protesters by the Cameroonian government.

The violent suppression of the voices of Ambazonians is clearly systematic and will not end without united decisive action from all peace-loving people across the world. The Communist Party of Swaziland calls for the African Union to also play a decisive leadership role in the conflict. The African Commission on Human and Peoples’ Rights has the duty to promote and protect human rights within the African continent. Cameroon is a State Party to the African Charter on Human and Peoples’ Rights. The Communist Party of Swaziland thus also calls upon the Commission to engage in practical programs of action for these atrocities committed upon the Ambazonian people by the Cameroonian government to end.

Issued by the Communist Party of Swaziland