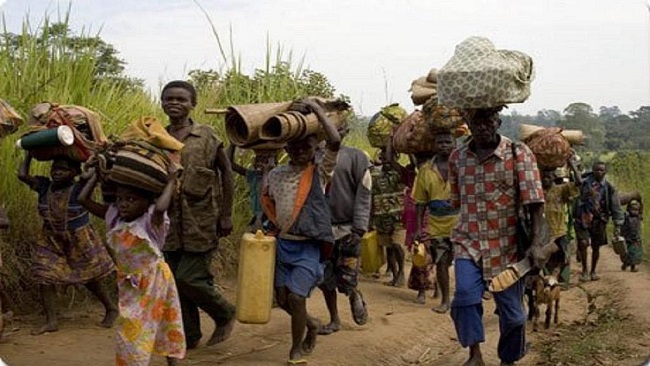 Congo-Brazzaville: Pool rebels to be disarmed in April, $70m needed to resettle 114,000 people 0

Negotiations between the government of the Republic of Congo and rebels in the Pool region have reached a critical agreement that will see a disarmament process take off at the beginning of April.

The Joint Ad Hoc Commission of the ceasefire and cessation of hostilities agreement in the Pool held a meeting on Tuesday in Kinkala, with the objective of defining the timelines and details of the disarmament operation which ratifies the ceasefire agreement signed at the end of December.

It was agreed that from 5 April to 5 May, 14 sites will be opened in the region to accommodate ex-combatants who wish to join the Republic. This is a necessary step to enable the people of the Pool region to return to the normal way of life.

In a message he confided to Ané Philippe Bibi, his special representative to the peace agreements, Pastor Ntumi who led the Pool rebellion, reiterated his full support for the peace agreement and pledged to respect its promises, including the release of ex-combatants.

He also pledged to dismantle ‘informal barriers’ to promote free movement of people and goods in the region.

As a result of the disputed re-election of President Denis Sassou Nguesso in April 2016, Frédéric Bintsamou’s army and fighters, alias Pastor Ntumi, clashed far from the cameras and human rights observers from mid-May 2016.

At last week’s launch of the 2018 Plan for Humanitarian Response and Early Recovery in the region, the Congolese government and the United Nations in Brazzaville announced that seventy million dollars was needed to provide humanitarian assistance and to stimulate recovery for 114,000 people in the Pool region.