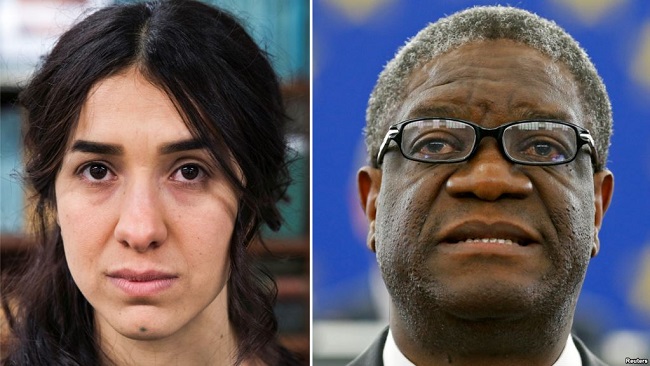 The 2018 Nobel Peace Prize has been awarded to Denis Mukwege, a gynecologist treating victims of sexual violence in the Democratic Republic of Congo, and Nadia Murad, a Yazidi human rights activist and survivor of sexual slavery by Islamic State in Iraq.

The Norwegian Nobel Committee said in a statement that the award recognizes “their efforts to end the use of sexual violence as a weapon of war and armed conflict.”

“Mukwege is the foremost, most unifying symbol, both nationally and internationally, of the struggle to end sexual violence in war and armed conflicts,” the statement said. “His basic principle is that justice is everyone’s business.”

Murad, herself a victim of war crimes, “refused to accept the social codes that require women to remain silent and ashamed of the abuses to which they have been subjected,” the statement said. “She has shown uncommon courage in recounting her own sufferings and speaking up on behalf of other victims.” 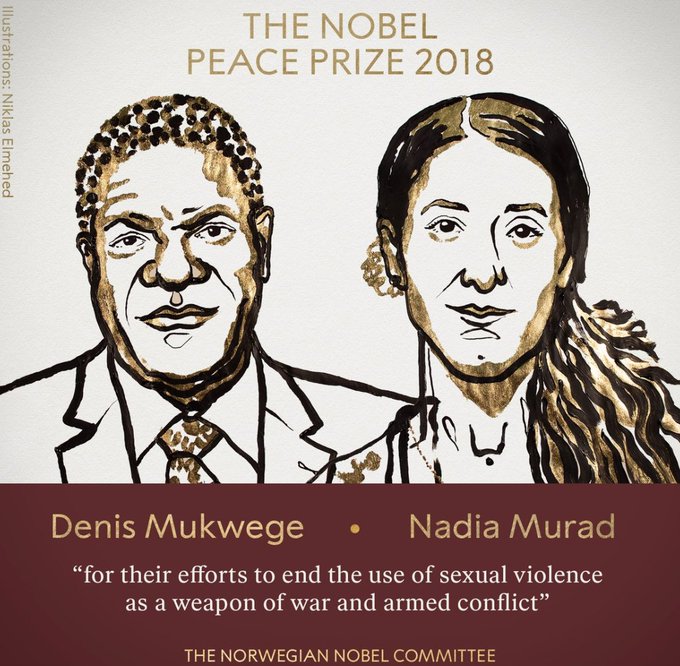 The Norwegian Nobel Committee received nominations for 216 individuals and 115 organizations. Only a few dozen of them are known, the committee keeps the list of nominations secret for 50 years, although some candidates are revealed by their nominators.

The Nobel Prize for Physiology or Medicine, Physics and Chemistry were awarded earlier in the week.

The literature prize was not given this year because of a sexual misconduct scandal at the body that decides the award.

The Nobel Memorial Prize for economic sciences will be awarded Oct. 8.

​The prize will be presented in Oslo on Dec. 10, the anniversary of the death of Swedish industrialist Alfred Nobel, who founded the awards in his 1895 will. It comes with an award of $1.1 million.