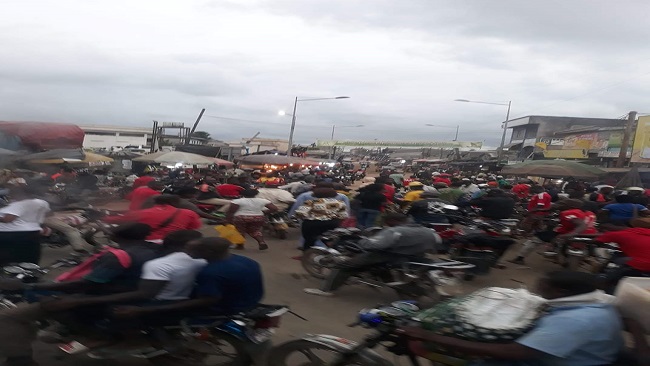 Coronavirus and the forgotten people of Sub-Saharan Africa 0

Donald Trump indicated that keeping the US death toll from the coronavirus pandemic to 100,000 would be a very good job. Prof. Stephen Powis, national medical director of NHS England stated that if the UK kept its death toll below 20,000, the country would have done very well. From these frightening figures, Cameroon Concord News Group presupposes that these men of authority possess confidential data and facts not available to us all. There are over 784,314 confirmed cases worldwide with 37,638 deaths. Spain and Italy now account for more than 51% of the global fatalities according to figures from Johns Hopkins University.

Lockdowns in many European and US towns and cities is startling but understandable as experts insist that social distancing is imperative to curbing this global killer. Cameroon Concord News Group is struggling to make sense of this new world order. Like many pandemics of previous generations and centuries, the poor, elderly and the vulnerable always bear the brunt. Covid-19 pandemic is no different. The UK government announced a £330 billion stimulus package to protect its economy, Germany followed with a stimulus package worth over 1.1 trillion euros whilst the US announced a 2 trillion dollar package for its economy. These figures and economic policies designed to protect the economies and citizens of these countries are astounding and imposing but one has to consider how the worlds vulnerable in sub-Saharan Africa would cope during this unprecedented world economic and health emergency.

In many parts of Sub-Saharan Africa, testing for the coronavirus is non-existent and the public health information is pitiable. Ravaged by government corruption, unemployment, poor public services and deprived healthcare structures, these vulnerable people are the forgotten potential victims of this pandemic. In many Sub-Saharan African countries, the people live from hand to mouth and the thought of a lockdown without government hand-outs is terrifying. Poverty and a lack of government action will be as lethal as the coronavirus to some of these people. Complacency from the governments and public health officials is the word and a risky strategy.

As the peak of this global health crisis approaches, Cameroon Concord News Group’s concern for the forgotten people of sub-Saharan Africa is candid and established. The World Bank and the IMF have announced financial packages worth $24 billion. This is a step in the right direction but these figures pale in contrast to the rest of the world. If the history of financial packages to Africa is anything to go by, it is pretty obvious that a microscopic fraction of this aid would get to the people who need it most. The vulnerable people of this region are about to face a global killer with anaemic fiscal backing. This media outlet is concerned that the true scale of this disaster in these communities might never be known. When figures of 100,000 deaths in the US and 20,000 in the UK are brandished as successful, we of this publication fear for the poor and vulnerable in Africa.

From the gargantuan stimulus packages designed to ring-fence western economies from the financial consequences of this pandemic, the evidence is overwhelming that there are enough economic resources on this planet for all its occupants to enjoy healthy, progressive and peaceful lives. Cameroon Concord News Group believes that what is lacking is the political will to accomplish that purpose. One thing remains certain, the time has come for sub-Saharan African leaders to realise that the health, education, infrastructure and corruption challenges in their countries will be resolved by them only. Western governments have made political and economic decisions for their people, Sub-Saharan African leaders must learn and emulate. Cameroon Concord News Group believes that this must be one of the lessons to take from this pandemic.