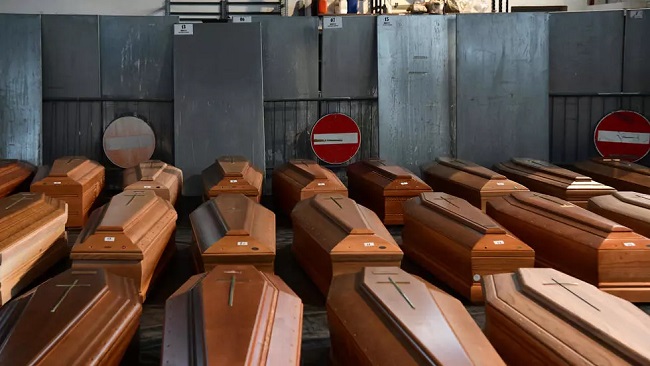 French health authorities reported 292 new deaths from the coronavirus on Sunday, up 13% on the previous day and taking the total to 2,606 since March 1, as the government raced to relieve pressure on overwhelmed hospitals in the east.

The number of known cases of coronavirus infection rose to 40,174 on Sunday from 37,575 a day earlier, France’s director general of health Jérôme Salomon told a press conference on Sunday.

Among the nearly 19,000 patients now hospitalised, 4,632 are in intensive care, Salomon said.

The toll over the past 24 hours was below the 319 deaths reported on Saturday, but the figures include only deaths reported in hospitals, and not at retirement homes or assisted-living facilities.

Authorities say they will be able to compile data on deaths in retirement homes from next week, which is likely to result in a big increase in registered fatalities.

France has been under virtual lockdown since March 17 and Prime Minister Édouard Philippe said on Friday that the unprecedented peacetime restrictions on public life would remain in place until at least April 15.

Public gatherings are banned, schools and universities are closed and all non-essential businesses have shut down, with people allowed out of their homes only to buy groceries, carry out essential work, exercise or seek medical care.

France’s Health Minister Olivier Véran announced on Saturday that the government has ordered more than a billion face masks – the overwhelming majority of them sourced from China – as the government scrambles to build up its supplies.

Véran noted that France has been using 40 million face masks weekly as it battles the pandemic and currently has three weeks worth of supplies.

Doctors, nursing home carers, the police and other frontline staff have decried a shortage of masks.