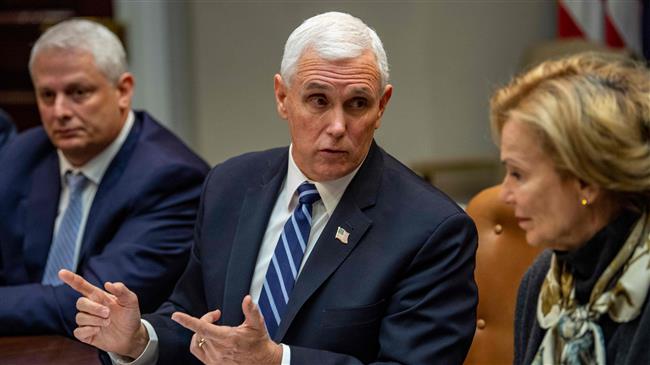 US Vice President Mike Pence has admitted that the country does not have enough coronavirus tests available to satisfy the demand despite previously saying that everyone can be tested.

On Tuesday, Pence said that any American could be tested for the virus if a doctor deemed it necessary.

“We’re issuing new guidance, effective immediately, from the CDC that will make it clear that any clinician on health authority can administer the test,” said Pence.

The Health and Human Services Department “has designated the coronavirus test as an essential health benefit,” he added, noting, “That means by definition, it’s covered in the private health insurance of every American as well as covered by Medicare and Medicaid.”

However, he told reporters on Thursday that “we don’t have enough tests today to meet what we anticipate will be the demand going forward.”

This comes as the death toll in the country rose to 12 late in the day when King County in Washington state reported the latest fatality, according to Reuters news agency.

Eleven have died in the state of Washington, while one death was reported in California.

Meanwhile, the Centers for Disease Control and Prevention confirmed 53 new cases across the country, striking for the first time in Colorado, Tennessee, Texas and San Francisco.

The CDC report brings the number of the total cases to at least 99 cases nationally, but reports by other websites put the figure at over 110.

Pence, who is leading the US response, called on Americans not to buy masks unless they need so that there are enough masks for healthcare workers and people who are sick.

“Unless you are ill, you have no need to buy a mask,” Pence said on a visit to Minnesota’s 3M Co, which has ramped up production of masks.

The US Senate on Thursday passed and sent to President Donald Trump an $8.3 billion funding bill to help state and local governments combat the spreading coronavirus.

Also on Thursday, the US Senate passed and sent to President Donald Trump an $8.3 billion funding bill to help state and local governments combat the spreading coronavirus.