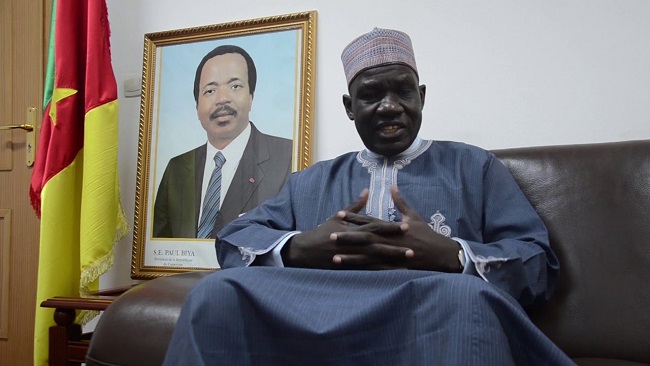 Cameroon expects its economy to rebound this year, with the growth rate coming close to pre-pandemic levels.

As part of its 2030 strategy, Cameroon is focused on “the structural transformation of its economy toward industrialization, more integration, and growth that is more inclusive, sustainable and green,” he said.

The fallout from the coronavirus pandemic has weighed on the country’s finances. President Paul Biya called for a 13% increase to proposed spending in the 2021 budget to 5.5 trillion CFA francs ($10 billion) as his administration seeks to pay down debt and respond to Covid-19. In a bid to cut costs, Cameroon also sold 685 million euros of 11-year securities last month to refinance more expensive debt issued in 2015.

Amid its fiscal challenges, an audit by Cameroon’s Supreme Court found there was corruption and mismanagement involving 180 billion CFA francs ($326 million) spent on the pandemic response in the period up to Dec. 30, according to court papers. The International Monetary Fund last year provided the country with $382 million of emergency funding to deal with the virus.

A parliament hearing scheduled to discuss the audit was canceled last month, as civil society and opposition groups asked for accountability. The IMF itself called for an independent audit before disbursing funding for a new program.

Cameroon trails neighbors, Ghana and Ivory Coast, as the world’s fifth-biggest cocoa grower. The two countries, which account for nearly 70% of global production, have joined forces to secure a pay rise for their farmers by charging companies from Cargill Inc to Nestle SA a premium of $400 for every ton of the bean.

Alex Assanvo, the new executive secretary of Ivory Coast-Ghana Cocoa Initiative, said last month the organization could eventually open up to new members in a bid to exert more control over prices.

“Cameroon continues to develop partnerships to ensure that farmers are the main beneficiaries of this activity in terms of value chain integration and transformation,” Mey said in response to a question about plans to join the initiative. “When the time comes, Cameroon will make the right choice.”