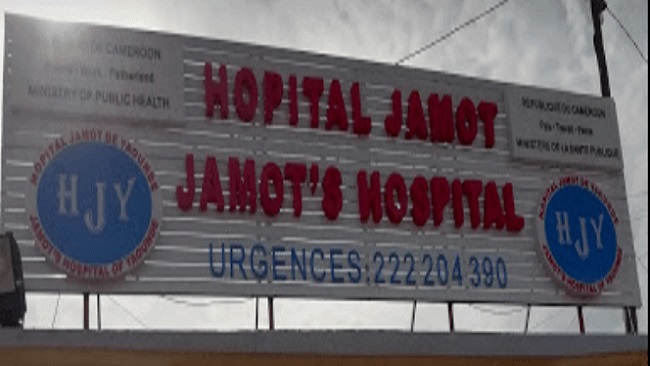 Mengueme says she is making it clear that mentally ill patients should not be removed from the streets as refuse. She says local councils in Cameroon have social affairs services that will assist in the treatment of all abandoned mental health patients in the company of family members. Among those listening to Mengueme is 49-year-old secondary school teacher Theresia Mbiteh. Mbiteh says her 19-year-old son became violent in the English-speaking northwestern town of Bamenda in 2017. She says his son began taking illegal drugs when separatist fighters prohibited children from going to school.

“I have done a lot, many people can testify. He escaped from here (Cameroon} and trekked to Nigeria,” said Mbiteh. “A person picked (found) him in Nigeria, called me one day after six weeks of his stay there and then told me. I had to borrow money to go collect him from Nigeria. When I brought him back here I thought things were going to be better, but nothing changed.” “There are several reasons why people who are developing mental illnesses are increasing,” said Ngwen. “Some of them are very eminent including the sociopolitical crisis in the northwest region, the southwest region and the Boko Haram crisis in the north. This has given an opportunity for a lot of abuses, violence and trauma and these traumas can result to the development of mental illnesses. We also have schools where teenagers are using a lot of drugs and all these drugs are contributing to the development of mental illnesses.”

Frankline Ngwen is supervisor of the mental health department of the Cameroon Baptist Convention Health Services. He says abuse and trauma from the various crises Cameroon faces has led to an increase in the number of psychiatric patients. Traditionally, many Cameroonians believe that mental health crises are divine punishment for wrongdoing. Some say witchcraft or spiritual possessions are responsible for mental illness.

The health ministry reported that the number of abandoned psychiatric patients increased from 50 to more than 300 in Yaounde within two years. At least 2,700  patients are on the streets all over Cameroon with more than 400 in the commercial capital city Douala. Cameroon counted 1,300 such patients in its territory in 2019. Mbiteh said she travelled from Bamenda to Yaounde when Cameroon state radio reported that the government was helping families take their loved ones off the streets.

“They should not be beaten. Patients with psychiatric conditions should not be tied up. Some kind of brutal force should not be meted on them,” said Fonbe. “We encourage families to avoid taking them to places where they think that they {pastors} will just pray for these patients and they get miracle healing or to traditional healers who will think that they will do some concoctions and these patients will get well. This is our message to all the families and all the communities.” Fonbe Hedwick runs Living Vine Mental Health Center in the English-speaking northwestern town of Bamenda. He is part of the campaign to remove mental patients from the streets. Fonbe says some patients are escaping from the homes of African traditional healers and Pentecostal pastors who abuse them, claiming that they are chasing evil spirits.

The health ministry is asking family members to take relatives with mental health problems to hospitals for treatment. Source Fonbe said with the arrival of the coronavirus in Cameroon in March 2020, many families have lacked the resources to care for psychiatric patients at home, putting them on the streets.