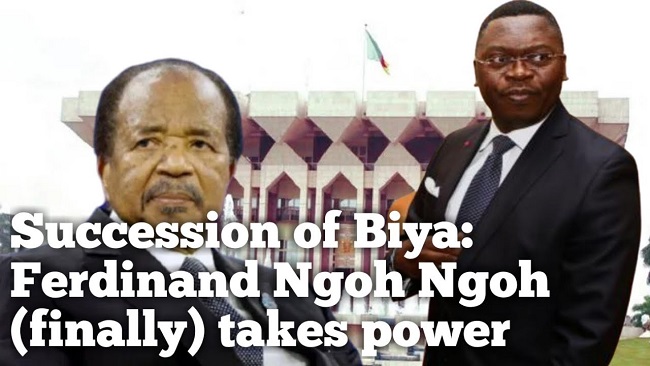 The position of the Minister-Secretary General at the presidency, who enjoys the support of first lady Chantal Biya, seems to be under threat. Until now, he has always managed to save his skin.

Africa Intelligence reported that all pro Ferdinand Ngoh Ngoh aides who regularly accompany President Biya as a VIP guest at the Intercontinental Hotel in Geneva were not included in the recent delegation that travelled to Switzerland with the president.

Ngoh Ngoh was also involved in the controversial management of the Ebo forest that fanned the flames of an unending clan warfare that is tearing the Biya regime apart.

Fingers are also pointing at Minister Ngoh Ngoh following the sudden flaring up in less than a fortnight of the latent security crisis in Southern Cameroons together with tensions generated by the Franck Biya succession palaver.