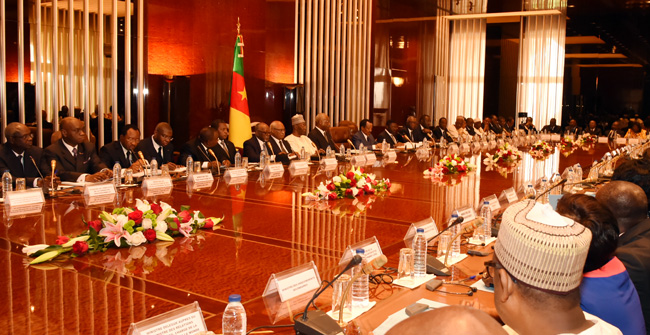 The Biya Francophone Beti Ewondo regime on Monday said it had not asked Canada to mediate its conflict with the people of Southern Cameroons, apparently denying a statement from the Canadian Foreign Affairs Ministry that it had been assigned to work on a peace process.

On Jan. 21, Canada’s foreign ministry said it had accepted a mandate to facilitate a peace process between Cameroonian authorities and some Ambazonian factions in English-speaking regions to resolve a conflict that has killed over 6,000 people since 2017.

Still with Canada, a construction company Magil has managed to salvage its contract with the ruling crime syndicate for Olembe stadium, at the heart of a bitter battle behind the scenes between Minister- Secretary General Ferdinand Ngoh Ngoh and sports minister Narcisse Mouelle Kombi.

Biya and his criminal gang in Yaoundé have recently taken some steps towards a post-Biya era with a round of regional nominations. The main obstacle they now face is introducing Franck Biya as National Chairman of the CPDM and also keeping control of the northern regions and Southern Cameroons.

In the latest episode in the never-ending conflict between Ambazonia Restoration Forces and the Cameroon government Francophone dominated armed forces, elements of the Rapid Intervention Battalion have continued to search the palaces of several high Anglophone traditional rulers.

In Etoudi, the position of Minister Ngoh Ngoh, who enjoys the support of first lady Chantal Biya, seems to be under threat. Until now, he has always managed to save his skin.

And finally, Biya will not let Marcel Niat and Cavaye retire out of fear that their retirements could raise unspoken questions about his own position as head of state.