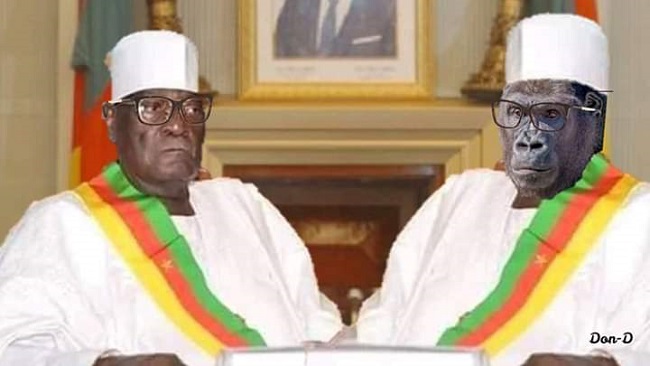 The Speaker of the National Assembly, Cavaye Djibril shocked the nation when he made a complaint recently at the Tokombéré gendarmerie post how some thieves broke into his home and stole huge sums of money.

Cameroon Concord News understands the President of the National Assembly made the matter public on Wednesday, January 11, 2023 and added that the criminals made away with 85 million CFA francs.

The so-called Right Honourable Cavaye Yeguié Djibril, who hails from Tokombéré, Mayo-Sava Division, Far North region has a history of always accusing his relatives of theft and enjoys detaining them at the local gendarmerie station. His younger brother Talba Cavaye who also moonlights as a notable of the chiefdom of Mada is already in police drag-net.

This is not the first time that cash is stolen from Cavaye Yeguié Djibril. In 2015, he dragged his bodyguard, Captain Bouba Simala, to the military court in Yaoundé, for “attempted kidnapping, terrorism and incitement to robbery,” accusing him of stealing 5 million CFA francs.