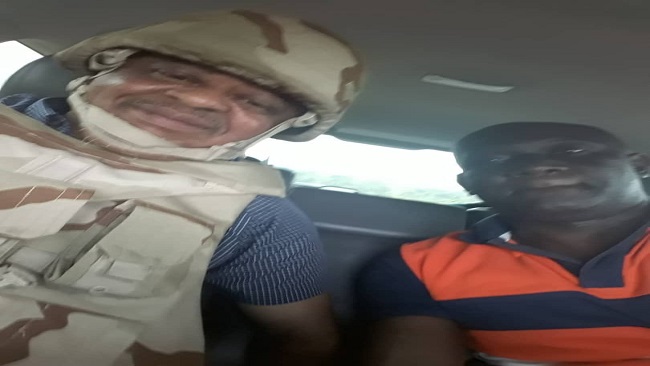 Campaigns for the upcoming presidential elections are well underway and the CPDM presidential candidate who has not been campaigning travelled to Maroua to urge the northern population to grant him their votes.

While other presidential candidates have been all over the place highlighting what they will do if they are given power, Paul Biya, the man who has led the country for 36 years is counting more on a rigging machinery he has deployed.

The constitutional council, the body the publishes election results is replete with people loyal to him. ELECAM, the body that organizes elections, has already done its job and it has made sure that fewer opposition supporters have actually received their voter’s cards. While Mr. Biya was absent in the field, his surrogates have been doing their best to convince an electorate that is already aware of the ruling party’s dismal economic and political performance.

As the campaign progresses, it is clear that the English-speaking regions will not be part of the process. The heat is particularly on the CPDM, but hard core CPDM criminals are not backing off despite the threats from Southern Cameroonian fighters. They have huge skeletons in their cupboards and those skeletons may be exposed if they stop working for their party even in war-torn areas.

Like most people have said, the CPDM is a crime syndicate and its militants are using it for personal purposes.  Chief Moses Obenofunde and Mr Abey Napoleon Ntui seen here wearing military protective gear to campaign in Mamfe have once served as PAMOL’s general manager and Principal of Sar Ndekwai respectively. During their time at the various institutions, huge chunks of money cannot be accounted for.  Internal audits have been conducted and there is evidence that Chief. Obenofunde and Mr. Abey Napoleon Ntui are honest men when money is not involved.

To avoid jail time, they are using party loyalty as a shield against the law, but some party insiders who are not happy seeing these two men around the party are working underground for their arrest. It is obvious that after the election, they might be among those who would be appointed to a high position at the Kondengui Maximum Security Prison.