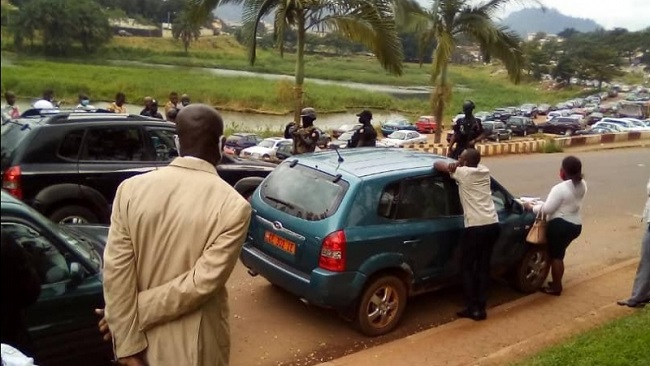 Security sources in Yaoundé revealed that the device was concealed in documents, but was discovered before it exploded. The buildings were evacuated.

Cameroon Intelligence Report undercover reporter visited the scene and we can now reveal that what the entire regime have been selling as bomb threats in the nation’s capital, ranges from plain fiction to the most absurd and the bomb threats are simply to keep the Biya Francophone Beti Ewondo regime in power.

Yaoundé have witnessed numerous bomb explosions and threats but no arrest has been made and no one has been jailed so far.  The Delegate General for National Security could not be reached for comment.

Making these false reports is doing more damage to the already battered economy but the regime is only interested in striking fear into the Yaoundé community.