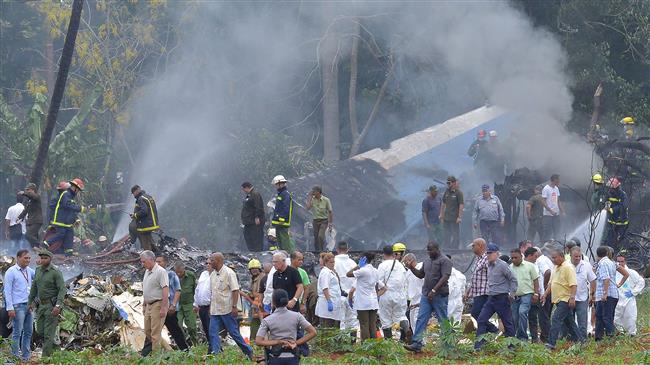 Cuban officials have announced that one of the black boxes of a plane that recently crashed in the country has been retrieved, offering hope to discover the reason behind the accident.

Cuba’s Transport Minister Adel Yzquierdo said on Saturday that authorities had retrieved one of the black boxes “in good condition” from the plane that crashed near Havana airport on Friday.

He said the official death toll had now risen to 110 people, including 11 foreigners.

The Boeing 737 passenger jet went down shortly after takeoff, killing all but three on board. Fifteen bodies have been identified so far.

The three women who survived the crash are said to be in critical condition with serious burns.

The incident was the Caribbean island’s deadliest air disaster in nearly 30 years.

Cuban authorities said earlier that 99 of the fatalities were Cuban, while three were foreign tourists — two Argentinians and a Mexican — and two were Sahrawi residents in Cuba.

The crew of six were Mexican and were all killed.

Some locals who saw the crash say one of the engines appeared to have caught fire before the plane hit the ground.