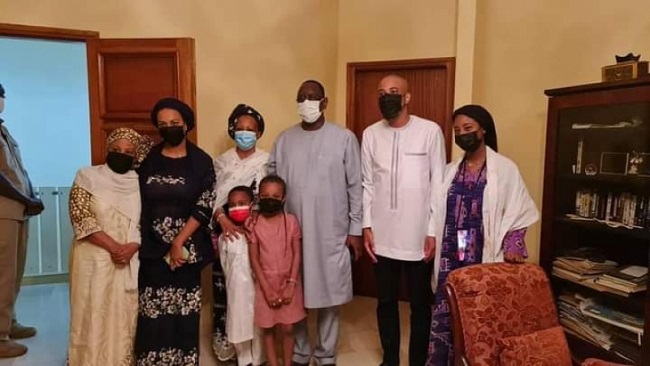 One month after the death of former Cameroon First Lady Germaine Ahidjo, the President of Senegal, Macky Sall, visited her family in Dakar, the Senegalese capital. The Senegalese president arrived at the Ahidjo family residence on Monday 24 May 2021, accompanied by some of his collaborators.

President Macky was bearer of a special message from the people of Senegal to the Ahidjo family, still mourning the death of their mother and grandmother, who died on 20 April 2021 in Dakar.

Political commentators say the gesture is an indication of the importance the Senegalese nation has for the very first Cameroonian presidential family exiled in this West African country.

Germaine Ahidjo was buried in pure Muslim tradition at the Yoff cemetery, beside her husband, Ahmadou Ahidjo, who died in 1989.

President Macky Sall was not at her funeral, but by his gesture, he was able to redeem himself, even though the Cameroonian diplomatic authorities in Senegal remained indifferent to this important death.