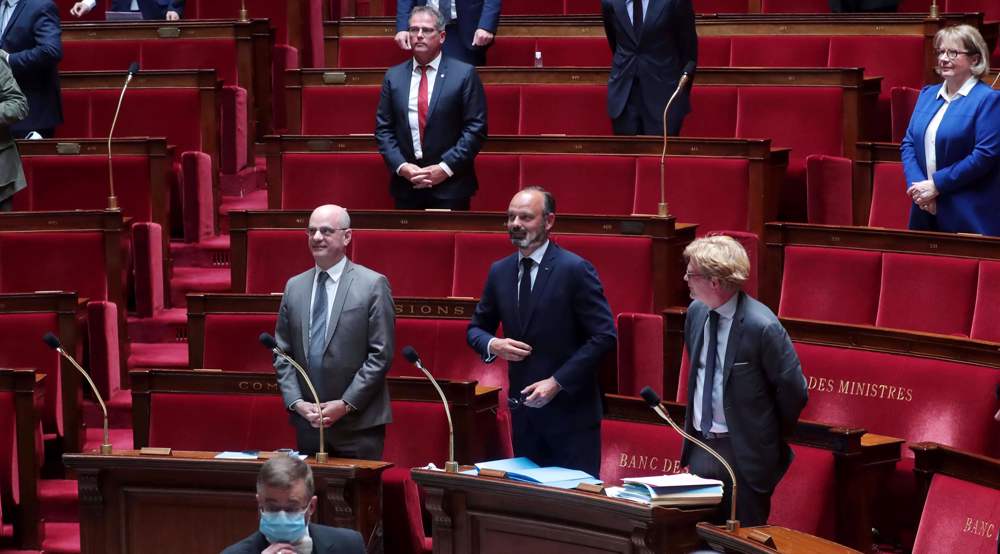 Left-leaning lawmakers defected Tuesday to rob President Emmanuel Macron’s party of its outright majority in France’s National Assembly in a symbolic but non-paralyzing setback for the embattled reformist leader.

“After COVID-19, nothing will be like before,” they said in a statement. “We can do more and better in the National Assembly.”

The 577-member assembly is the lower house of parliament, but has the final say on most legislation over the upper house or Senate.

Lawmakers have quit the party at a trickle since then, and it was finally left with 288 seats on Tuesday — one fewer than the 289 required for an outright majority.

The governing party insisted that Tuesday’s loss was not “cataclysmic,” as it could continue to rely on smaller, allied parties for a voting majority in the assembly.

Macron’s popularity has zigzagged as he has fought a succession of political battles starting with the so-called “yellow vest” rebellion of 2018-2019 that was sparked by widespread anger against a leader seen by critics as the president of the rich and out of touch with ordinary people.

That was followed early this year by France’s longest continuous transport strike over the former investment banker’s plans to reform the country’s pension system.

This month, an opinion poll showed only about a third of French people had confidence in Macron to manage the country’s problems.

This came as the country looked to Macron to spearhead the fight against the coronavirus outbreak that has seen the economy tank in spite of several billions of euros in government interventions to prop up businesses and save jobs.

One of the vice-presidents of the new EDS grouping is Cedric Villani, who opted to stand as an independent candidate for Paris mayor in the March local elections after Macron chose someone else to represent the party.

Villani denied Tuesday that any “rebellion” was at play.

In its declaration, the EDS listed 15 priorities that included “industrializing” the economy, seeking “real transparency” in politics, and boosting a public health system caught ill-prepared for the coronavirus crisis.

Two-thirds of the group’s members are women.