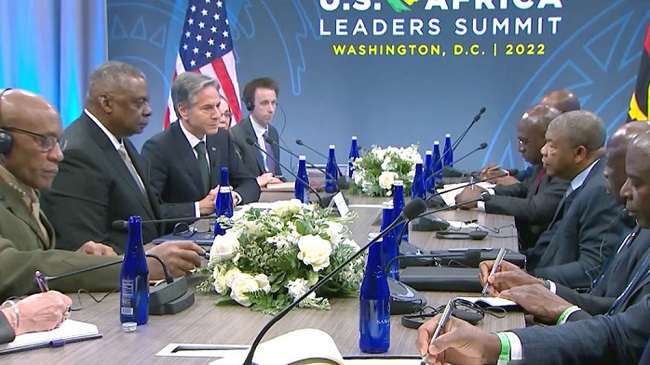 Beijing has voiced its opposition to turning Africa into a focus of the rivalry between China and the United States as dozens of African leaders converge in Washington for a summit aimed at rebooting US influence on the continent.

“We are glad to see that all sides of the international community are paying more attention to Africa, but we firmly oppose using Africa as an arena for great power rivalry and using African strategy as a tool to limit and attack other countries’ cooperation with Africa.”

Heads of state from 49 African nations and the African Union have been invited to take part in the summit.

China is seen as the United States’ most significant economic and military adversary. It has offered assistance in African affairs without conditions. Sub-Saharan nations have also been major recipients of Chinese investment through the “belt and road initiative.”

With dozens of African leaders descending on Washington this week, the administration of President Joe Biden is offering a not-so-subtle pitch in its economic competition with China on Africa.

Deputy Commerce Secretary Don Graves has acknowledged the US has fallen behind as China has surged past American foreign direct investment in Africa. The continent, whose leaders often feel they have been given short shrift by leading economies, remains crucial to global powers because of its rapidly growing population, significant natural resources, and a sizable voting bloc in the United Nations.

But the US has accused China of creating “debt traps” by extending unsustainable loans to developing nations with the intent of capturing loan-supported projects when they cannot pay back the loans.

Africa remains of great strategic importance as the US recalibrates its foreign policy with a greater focus on China.