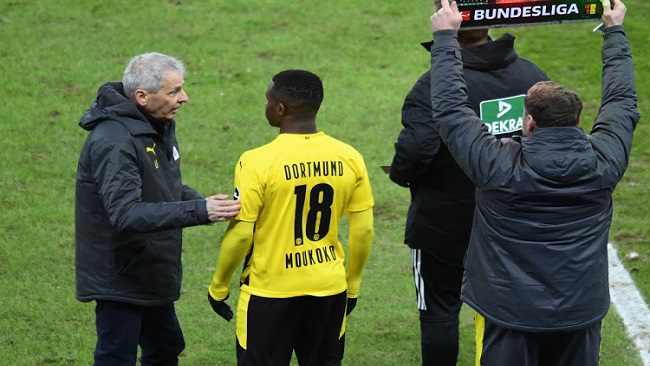 Borussia Dortmund’s 16-year-old striker Youssoufa Moukoko became the youngest-ever player to feature in a Bundesliga game when he came on as a second-half substitute against Hertha Berlin on Saturday.

Moukoko came on in the 85th minute in the place of Erling Haaland.

Moukoko, whose sensational run through the youth teams in recent seasons has shown him to be one of the biggest talents of his generation, made his league debut a day after his 16th birthday on Friday made him eligible to play under current rules.

Former Dortmund player Nuri Sahin had held the record, having made his debut in 2006 at the age of 16 years and 11 months.

The Cameroon-born Moukoko is already a Germany youth international with the Under-20 team and regularly played above his age group throughout his youth career at Dortmund, scoring 141 goals in 81 games for the Under-17 and Under-19 teams.

In the current Under-19 season alone he has netted 10 times in three appearances.