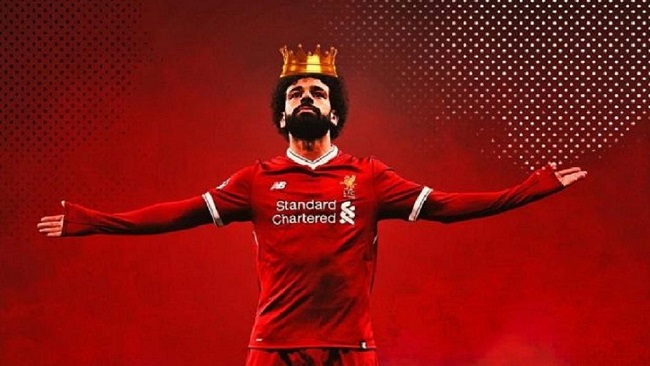 As his fairytale season continues in the English Premier League and the Champions League, talk of Liverpool’s Mo Salah contending for the top prize in European football continues to gain currency. The latest to agree that Salah is getting inching towards Ballon d’Or recognition is Ghana’s skipper, Asamoah Gyan.

Gyan, Ghana’s top scorer in the national team shirt, described Salah as a ‘strong candidate’ for the top award currently held by Portugal and Real Madrid’s Cristiano Ronaldo. Gyan’s comment was in response to a tweet by top Ghanaian journalist Juliet Bawuah, who had tweeted “Can we start talking about Ballon d’Or? #Salah on a roll this year.”

Her tweet came after Salah’s second goal against his former side AS Roma in the semi-finals of the UEFA Champions League game at Anfield. Liverpool hit five goals before Roma pulled two back late in the game. Senegalese skipper Sadio Mane also scored from a Salah assist.

With Gyan’s ‘strong candidate’ tweet response, Juliet quoted his tweet and added ‘Gyan is impressed.’ The Ghanaian skipper also stressed later that Salah will most definitely be part of the top 3 contenders for the Ballon d’Or when next it is awarded.

Gyan also agreed with another tweet that if Salah is able to inspire the national side to excel at the World Cup later this year in Russia, then he surely did deserve the accolade. The last time an African player won the award was back in the nineties when George Weah, then with AC Milan, won the award.

In the past few years, it has been a straight fight between Ronaldo and Barcelona’s Argentine forward Lionel Messi. They have won it for most of the last decade.