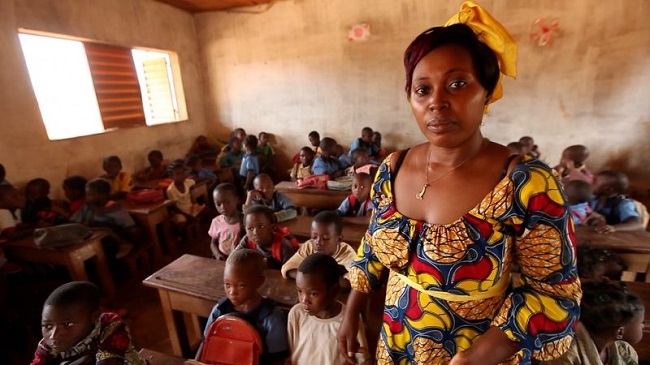 Cameroon’s Anglophone Crisis, also known as the Cameroonian Civil War, has been raging between the country’s government and Anglophone separatist parties in the north- and southwest since 2016. The separatist parties have been accused of kidnapping and attacking innocents, but the nation’s administration has also been heavily criticized, accused of human rights violations including torture and extrajudicial murder as well as employing disproportionate force against protestors and failing to adequately address the Anglophone minority’s concerns. There has been little progress in settling the war, which has displaced over 700,000 people and resulted in more than 2,000 deaths. Away from the front line, children, especially girls, are also among the casualties of this war.

The war has “wreaked havoc on the education of Cameroonian children,” UNICEF asserts. The English-speaking regions of Cameroon once had the best education in the country, the organization says, but now face “a permanent policy of non-schooling put in place by non-state armed groups.” Due to pressure from Anglophone civil society, certain separatist groups formally called off the school boycott in 2020, but attacks on schools continue unabated; “Children have been forced to evacuate their homes and several schools have been shut down,” UNICEF says, and those that stay open are frequently decrepit or overcrowded. Many teachers have “been compelled to leave the nation” and departed without being replaced. “This has left youngsters with little educational opportunities.”

Girls have been particularly negatively affected. Parents whose wages have decreased choose to send their sons to school while keeping their daughters at home to assist with chores or small trades. Families who can afford it are currently sending their children to schools in Cameroon’s Francophone regions, but others have simply fled, leaving their daughters to fend for themselves in the Anglophone sectors: unschooled and susceptible to recruitment for prostitution.

This lack of access to high-quality education exacerbates the already serious issues plaguing Cameroon’s Anglophone communities. Demonstrations by Anglophone attorneys and educators regarding the marginalization of the country’s English-speaking population were the initial tinderbox for the conflict in 2016. The separatist militias were only established after the Cameroonian military repressed demonstrators, turning peaceful protest into violent confrontation.

Instead of boycotting schools or threatening to close down voluntary learning centers, the parties in Cameroon’s conflict should utilize the beginning of the school year to alleviate children’s suffering in the Anglophone areas and develop trust with the local community. Separatist activists in Cameroon and elsewhere should cease all school boycotts immediately. If they do so, the Yaoundé administration should recognize the gesture as a de-escalation step. By keeping classrooms accessible and students safe, government and separatist leaders might offer a rare opportunity for dialogue and a lasting cease-fire.

In addition to increasing its assistance for the education system in Cameroon, the international community should assist the Cameroonian government in paying teachers’ salaries, renovating schools, and supplying educational materials. For such assistance to be sustainable, it must be needs-based, impartial, and inclusive of all Cameroonian areas and educational institutions.

The Anglophone Crisis is harming the futures of children who have not even begun to live. The conflict has had a severe impact on the education system as a whole, and both Cameroon and the world must take action. International allies dedicated to resolving the Anglophone crisis should promptly remind all parties of their responsibilities to protect civilians and safeguard children’s right to education.

Culled from The Organization for world peace