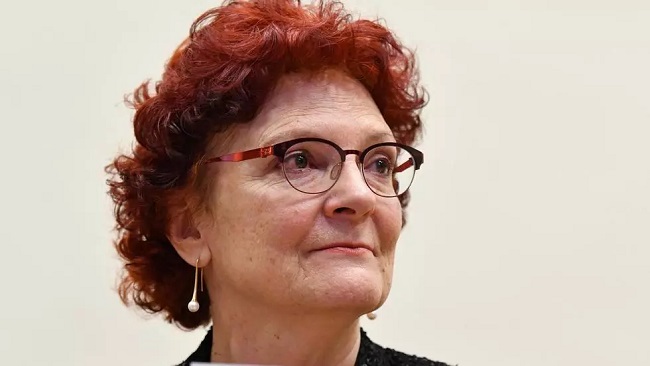 The coronavirus will probably continue to circulate long-term despite the roll-out of vaccines, the head of the EU’s ECDC health agency told AFP on Friday, urging Europe to keep its restrictions in place for now.

“It seems more likely that it would stay” than disappear, Andrea Ammon, the head of the Stockholm-based European Centre for Disease Prevention and Control, said in an interview.

“It seems very well adapted to humans. So we should be prepared that it will remain with us,” she added.

“It wouldn’t be the first virus that is with us forever, so it’s not an unusual feature for a virus.”

While vaccines dramatically reduce the risk of contracting the illness caused by Covid-19, scientists have not yet established with certainty whether they also reduce transmission of the virus.

So when will we know if they do?

“It will still take a few months. You need a certain amount of vaccinated people that you follow. Special studies are now being set up,” Ammon said.

There is particular concern that the vaccines may not be as effective against some variants of the virus, especially the South African and Brazilian ones.

Ammon pointed out that vaccines for the seasonal flu have to be adapted annually as the virus that causes it changes.

“It might turn out that (the coronavirus) goes the same way, or that at one point it remains stable and we can use one vaccine for a longer period,” she told AFP.

Ammon called on EU countries to maintain their restrictions despite a decline in cases across much of Europe.

“It’s still a mixed picture… We are really not out of the woods,” she said, noting that all EU members, with the exception of Finland, were still in “an epidemiological situation of serious concern”, according to the ECDC’s criteria.

“Everybody’s fed up with the measures, but when you’re running a long distance course… (you) have to run the last kilometres,” she stressed.

The number of daily cases across Europe is currently around 150,000, compared to around 250,000 a month ago, according to official data compiled by AFP.

Any relaxing of measures has to be done gradually, one measure at a time, “and only when you observe that it’s either stable or further decreasing then you go to the next one.”

The European Union’s vaccination campaign, which began in late December, has gotten off to a rocky start, hampered by a lack of vaccines and delivery delays.

According to official data on Friday, only three percent of people in the EU had received at least one vaccine dose, and 1.4 percent two doses, with a total of 20 million doses administered.

“Everybody’s aiming for that, all the efforts are in that direction,” Ammon said when asked if the goal seemed realistic.