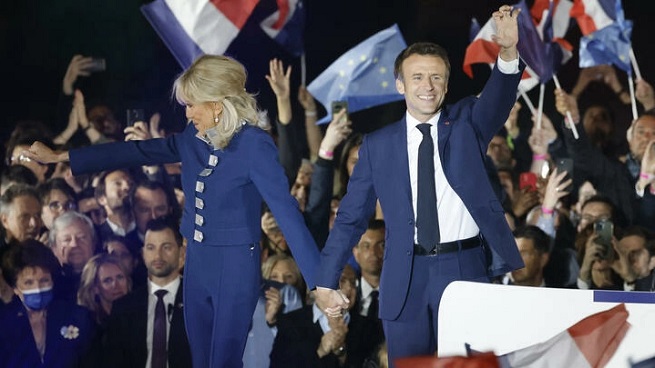 Emmanuel Macron was re-elected as the president of France on Sunday with more than 58 percent of the vote. As international leaders offered their congratulations, rival political parties say they are preparing to do battle ahead of French parliamentary elections in June.

European Council chief Charles Michel, as well as the prime ministers of Belgium and Luxembourg, were among the first to congratulate Macron, followed by many of the bloc’s 27 leaders.

German Chancellor Olaf Scholz said French voters “have sent a strong vote of confidence in Europe today,” adding: “I am happy that we will continue our cooperation.”

Political parties in France led by La France Insoumise (France Unbowed or LFI) and Rassemblement National (National Rally or RN) are preparing to battle it out in legislative elections on June 12 and 19.