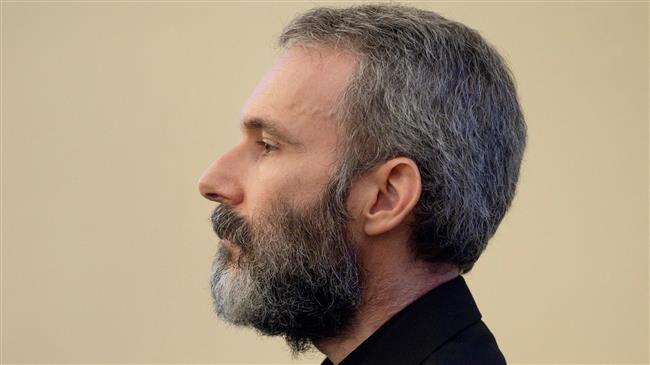 A former Vatican diplomat has been handed a five-year prison term for the possession of child pornography.

Carlo Alberto Capella received the sentence from a Vatican court on Saturday.

In addition to serving prison time in the small jail inside the Vatican police force headquarters, Capella is required to pay a fine of $5,800.

Capella’s trial lasted two days, and he admitted at the first hearing on Friday that he had developed a “morbid” desire while working at the Vatican Embassy in Washington DC in 2016.

The priest confessed that when he was in the United States as a diplomat, he had collected dozens of pornographic photos and videos on his mobile phone.

The US State Department notified the Vatican in August 2017 of a possible violation of laws relating to child pornography by a member of the diplomatic corps of the Holy See accredited to Washington and asked that Capella’s diplomatic immunity be lifted so the priest — who is an Italian — could face charges there.

However, the Vatican refused to do so and recalled Capella from the US that year.

Also, Canadian police had issued an arrest warrant for Capella on suspicion of possessing and distributing child pornography on the internet while visiting a church in the country.

This is the latest scandal to hit the Catholic Church, which has a notorious track record of child sexual abuse carried out by priests and subsequent cover-ups by church authorities.

Catholic Church sexual abuse victims include some as young as three years old, with the majority being between the ages of 11 and 14.

Pope Francis, who was appointed in 2013 with a mandate to overhaul the Vatican, has promised strong action in response to sexual abuse cases and cover-ups.