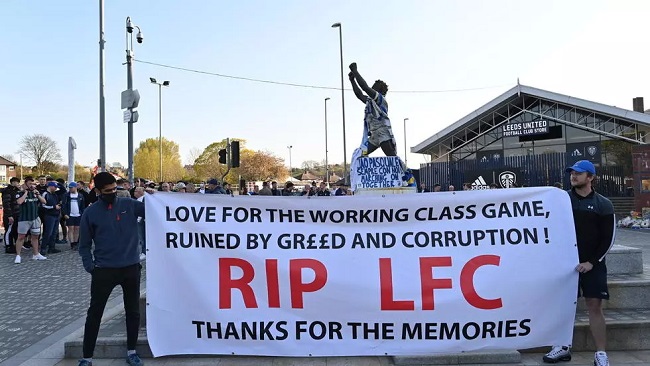 Supporters of the six Premier League clubs leading the breakaway European Super League have slammed the controversial plan, branding it the “ultimate betrayal”.

They are expected to receive a further 10 billion euros in “solidarity payments” over the life of the initial commitment, convincing them to turn their backs on the Champions League in favour of the new invite-only competition.

Reaction to the incendiary scheme has been furious, with football’s governing bodies FIFA and UEFA, as well as all the leading domestic leagues condemning the “cynical” plan.

While their clubs would gain financially from the move, supporters of the Premier League teams involved were united in their contempt for such a nakedly greed-motivated project.