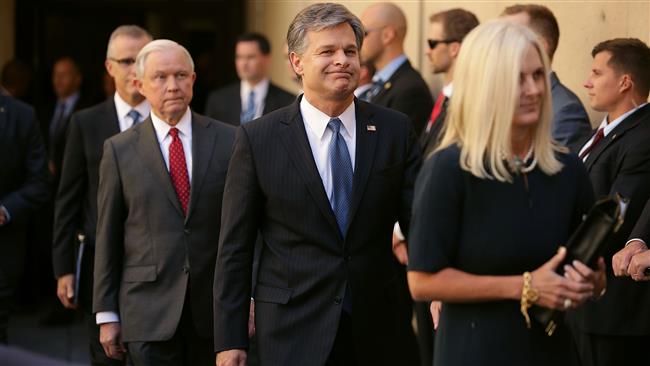 FBI’s No. 2 quits after Trump attack amid Russia probe 0

FBI Deputy Director Andrew McCabe has stepped down after criticism by US President Donald Trump, who is being investigated for possible collusion with Russia in the wake of his 2016 victory.

Sources told Politico on Monday that the 49-year-old official was going on “terminal leave,” which means he will be on payroll by the time he retires.

The decision was made amid the ongoing Russia probe by special counsel Robert Mueller, which has implicated some key figures in Trump’s inner circle.

Like Comey, McCabe had been urged by Trump to drop the investigation into Russia’s alleged meddling in the 2016 presidential election.

“How can FBI Deputy Director Andrew McCabe, the man in charge, along with leakin’ James Comey, of the Phony Hillary Clinton investigation (including her 33,000 illegally deleted emails) be given $700,000 for wife’s campaign by Clinton Puppets during investigation?” Trump tweeted last month.

In another tweet, the Republican president said, “FBI Deputy Director Andrew McCabe is racing the clock to retire with full benefits. 90 days to go?!!!”

After reports emerged that McCabe is stepping down, White House press secretary Sarah Huckabee Sanders told reporters that Trump had nothing to do with it.

“I can say that the president wasn’t a part of this decision-making process,” she said, yet asserting that “the president stands by his previous comments” about the FBI deputy director.

McCabe was tasked with overseeing Hillary Clinton’s use of private email servers as the secretary of state, a scandal that dominated the 2016 presidential election in favor of the New York billionaire.