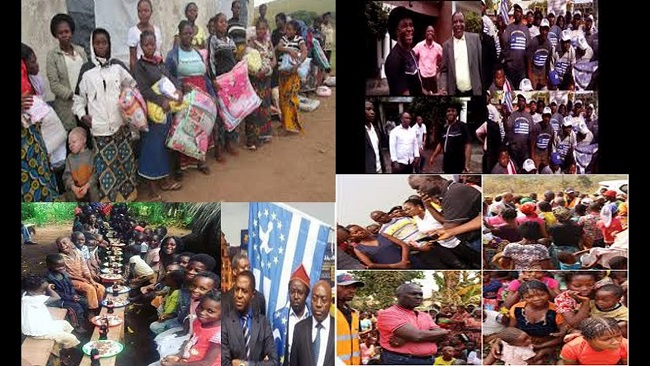 As the second year of conflict in Southern Cameroons spillover to the urban centers, hostilities are increasing and temperatures are falling due to the rains. The much needed humanitarian aid from international organizations is still not coming. There is a humanitarian crisis in the rural areas, according to local rights groups. The UN has calculated that nearly 1.5 million Southern Cameroonians are affected by the protracted conflict and are in need of humanitarian aid and protection. The world body also says, some 40,000 Ambazonians have fled the conflict into neighboring Nigeria.  But according to UN officials in Nigeria, the Southern Cameroons UN humanitarian response plan has been severely underfunded.

With heavy rains already underway, the Interim Government of the Federal Republic of Ambazonia is anticipating an urgent need for services in rural areas.  According to the Ambazonian Department for Homeland Security, civilian protection remains the primary humanitarian need in both the Northern and the Southern Zones due to ongoing active fighting and the prevalence of conflict-induced displacement. Over 160,000 Southern Cameroonians have been displaced since President Biya ordered troops to crush separatists in the territory, making the Southern Cameroons population of internally displaced people (IDPs) the largest in Africa.

In addition, 2018 has seen deterioration in people’s access to humanitarian goods and services, as well as a doubling of food insecurity and skyrocketing unemployment rates in Southern Cameroons. The crisis in Southern Cameroons has reportedly caused a huge increase in the price of food and utilities in both Biya regime controlled French Cameroun and Southern Cameroons. The rural areas and occupied towns will lack adequate food to meet their basic needs at the height of the rainy season. Currently, up to a million Ambazonians are moderately or severely food insecure.

Amnesty International in a recent statement maintained that the civilian population in Southern Cameroons continues to pay the highest price for the conflict. Meanwhile, the Ambazonia Self-Defense Council Restoration Forces have been stepping up attacks against Cameroon government soldiers in the cities. Heavy gun battles were reported in Muea, Ekona, Mbalangi and Muyuka in the Southern Zone. The International Crisis Group (ICG) has also expressed increased concern due to the escalation of hostilities in Southern Cameroons. The ICG says a return to normality, wherein civilians can once again resume their everyday lives without fear of shelling is the first step to a long-term sustainable peace.