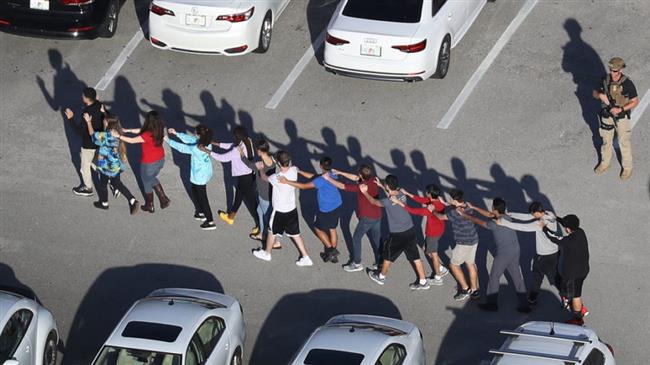 Florida Governor Rick Scott has asked the FBI director to resign after the bureau admitted it had ignored a warning about the perpetrator of the recent high school shooting in the state.

Following the tragedy, the FBI admitted it had received a tip-off about the gunman yet failed to stop him.

Apparently, a person close to Cruz had contacted an FBI tip line on Jan. 5, weeks before the shooting to report concerns about him, the FBI said in a statement.

“The caller provided information about Cruz’s gun ownership, desire to kill people, erratic behavior, and disturbing social media posts, as well as the potential of him conducting a school shooting,” it said.

“The information then should have been forwarded to the FBI Miami field office, where appropriate investigative steps would have been taken,” the agency said, adding, “We have determined that these protocols were not followed.”

On Friday, Scott issued a statement, saying, “The FBI’s failure to take action against this killer is unacceptable,” adding, “The FBI Director needs to resign.”

“An apology will never bring these 17 Floridians back to life or comfort the families who are in pain,” he said.

Cruz, who has alleged ties to a white supremacist group, confessed Thursday to the shooting at his former high school.

Appearing before a judge, the troubled teen was charged with 17 counts of premeditated murder and was ordered to be held without bond.

Expelled from school for disciplinary reasons, Cruz was known to be fixated on firearms — and had reportedly been identified as a potential threat to his classmates.

The incident came as Americans reeled from the country’s worst school massacre since the horror at Sandy Hook six years ago which left dead 20 children between six and seven years old, as well as six adult staff members.

US President Donald Trump, who has defied calls to address gun control, went to Florida to meet with the victims of the shooting who are recovering at a hospital there.

However, some of the parents, survivors and others affected by the tragedy were more interested in firm action than a presidential visit.

“I don’t want Trump to come but we want more gun safety,” said 18-year-old Kevin Trejos, a senior at the school. “It’s a dream. It hasn’t hit me yet.”