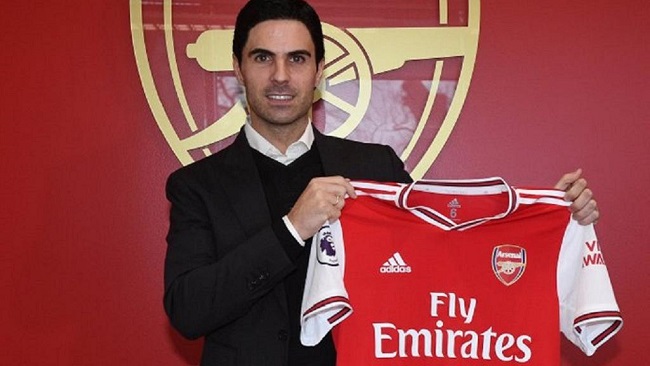 Mikel Arteta has been given the job of reviving the fortunes of Arsenal after he was appointed head coach of the English Premier League side on Friday.

The 37-year-old Spaniard, who played more than 100 games for the Gunners between 2011-16, signed a three-and-a-half year contract and ends a three-year stay as Pep Guardiola’s assistant at Manchester City.

Arteta, who will be officially presented to the press later on Friday at 1700 GMT, replaces compatriot Unai Emery, who was sacked last month.

The former midfielder, who will sit in the stands for Saturday’s match against another of his former clubs Everton, faces a massive challenge, with Arsenal having won just once in 12 matches — beating West Ham under interim manager Freddie Ljungberg.

“This is a huge honour. Arsenal is one of the biggest clubs in the world,” Arteta said in a statement.

“We need to be competing for the top trophies in the game and that’s been made very clear to me in my discussions with Stan and Josh Kroenke (owner and club director, respectively) and the senior people from the club.

“We all know there is a lot of work to be done to achieve that but I am confident we’ll do it.

“I’m realistic enough to know it won’t happen overnight but the current squad has plenty of talent and there is a great pipeline of young players coming through from the academy.”

Head of football Raul Sanllehi said the club had interviewed other candidates before opting to pursue Arteta.

“We met several top-class candidates and Mikel stood out to every single one of us as the perfect person for us,” he said in a club statement.

“Mikel understands Arsenal Football Club and what it means to our fans around the world. We look forward to him getting down to work and bringing the best out of our squad as we work to get our season back on track.”