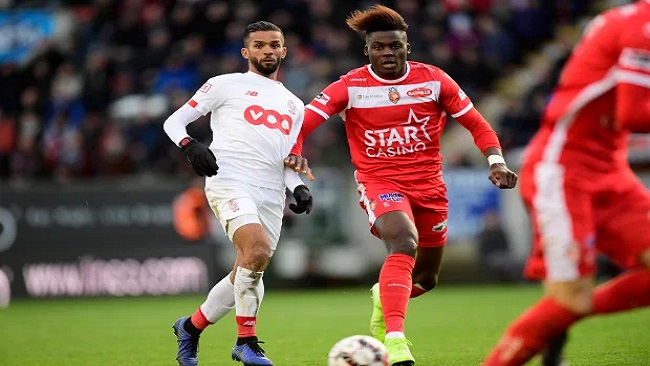 Cameroon midfielder Frank Boya has revealed he turned down the chance to sign for Rangers this summer to move to Antwerp instead.

The 24-year-old signed for the Belgian side earlier this month after his contract expired at Royal Mouscron, who he joined after playing for German side Munich 1860.

And Boya claimed he turned down the chance to sign for Steven Gerrard’s Gers because he wanted to stay in the Belgian League.

He said: “The proof that I did well at Mouscron was the amount of offers I received from big clubs.

“I had no shortage of offers and Rangers and Werder Bremen were the most keen for me to join them.

“So leaving Belgium could have been a solution, but I wanted my future to be settled quickly and none of the teams interested have as much ambitions as at Antwerp.

Rangers boss Steven Gerrard was aware of the midfielder’s availability

“As soon as I moved here, I knew it was the right decision.

“The staff here integrated me from my first day and my new teammates have been a huge help.

“I always believed I would make it because football is an environment where everything is possible.

“You just have to give yourself the means to get there.”