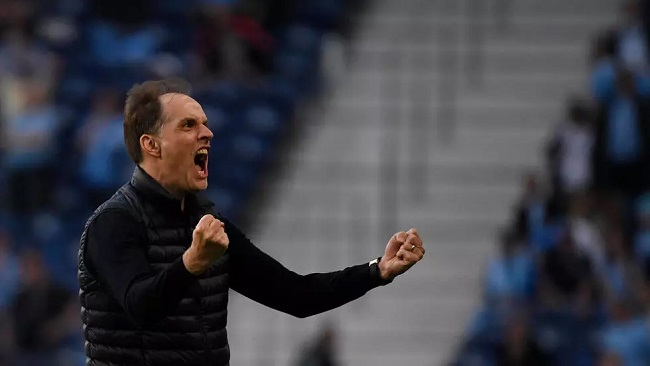 Football: Chelsea has now completed a treble of victories over Manchester City 0

A self-confessed admirer of Pep Guardiola, Chelsea manager Thomas Tuchel got the better of his mentor as the Blues kept Manchester City waiting for Champions League glory by winning Saturday’s final 1-0.

Victory in Porto rounded off a rollercoaster five months for the German, who was sacked by Paris Saint-Germain on Christmas Eve and handed the chance to revive Chelsea’s fortunes less than a month later.

Chelsea were languishing ninth in the Premier League table at the time with owner Roman Abramovich seeing little return on his £220 million ($312 million) outlay on new players last summer under Frank Lampard.

Kai Havertz was the most expensive purchase of that splurge after his £71 million move from Bayer Leverkusen.

Getting the best out of Havertz was one of Tuchel’s major tasks and the 21-year-old came good on the biggest stage of all with the only goal three minutes before half-time.

Unlike Guardiola, Tuchel did not have a glittering playing career. A series of knee injuries forced him to retire at 25 and take up a job as a waiter, while he began his coaching career in the youth ranks of Stuttgart.

From afar he watched and was inspired as Guardiola won 14 trophies in four years at Barcelona before joining him in Germany where they battled for Bundesliga supremacy in charge of Borussia Dortmund and Bayern Munich.

During Tuchel’s first meeting with Guardiola the two football obsessives talked long into the night using glasses and salt and pepper shakers to mimic formations.

“I was such a huge admirer of Pep when he was a player and then when he became a coach it was like learning on the job for me. I was an academy coach and then in the Bundesliga with Mainz, but I don’t think I missed a game because there was so much to learn.

“There was a lot of tactical talking and discussions and it was so interesting to hear his beliefs, his self-confidence and also the doubts in what he’s doing.”

The Catalan’s confidence will be shaken when he comes face-to-face with Tuchel again in the Premier League next season.

Tuchel did not win any of the first five clashes between the pair during his time at Mainz and Dortmund against Guardiola’s dominant Bayern side.

But he has now won three in the past six weeks as Chelsea completed a treble of victories over the English champions after wins in the FA Cup semi-final and Premier League.

Guardiola spoke glowingly ahead of the game on how Tuchel has revived Chelsea’s fortunes by changing to a 3-4-3 formation that denied City’s abundance of creative midfielders space between the lines.

That allowed Tuchel to arguably win the tactical battle before a ball had even been kicked.

Often accused of overly tinkering with his line-ups when the pressure is ramped up in the final stages of the Champions League, Guardiola’s bold call to start without a recognised holding midfielder backfired.

Tuchel was dismissed by PSG despite leading the French giants to their own first Champions League final in August.

That time he had to suffer the pain of a 1-0 defeat to Bayern Munich, but his desire not to leave Portugal empty-handed again was in evidence as he prowled the touchline, constantly cajoling his players and whipping up the Chelsea fans into a frenzy.

The travelling support from London were among a 14,000 crowd that contributed hugely to the spectacle after almost a full season of European football behind closed doors.

Chelsea fans showed they have not forgotten the club’s all-time record goalscorer with cries of “super Frank” in honour of Lampard’s part in getting the Blues into the top four last season to qualify, and through the group stages before his dismissal.

But this was Tuchel’s triumph.