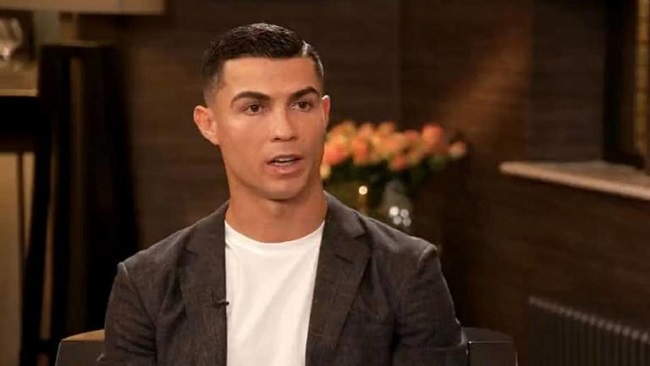 Cristiano Ronaldo is on the way out of Old Trafford following his incendiary interview with Piers Morgan that is due to air on Wednesday.

Segments from the interview have filtered through social media since yesterday in which Ronaldo says he feels “betrayed” by Manchester United and Erik ten Hag.

He also says he feels he is being forced out of Old Trafford by certain powers-that-be at the club.

Now it has emerged that his agent Jorge Mendes and the player himself met with Bayern Munich chiefs last week to discuss a potential move in January.

Chelsea had been in the frame but it’s believed Graham Potter has no interest in bringing the Portugal star to Stamford Bridge despite the overtures of Chelsea owner Todd Boehly.

Other clubs in the frame are Newcastle and Napoli, but Bayern is looking the most likely with CEO Oliver Kahn saying in July that they had considered a move for Ronaldo.

Ronaldo is eager to play in the Champions League and if he made the move to Bayern he could potentially line out against Lionel Messi in February when Bayern face PSG in the CL last-16 round.