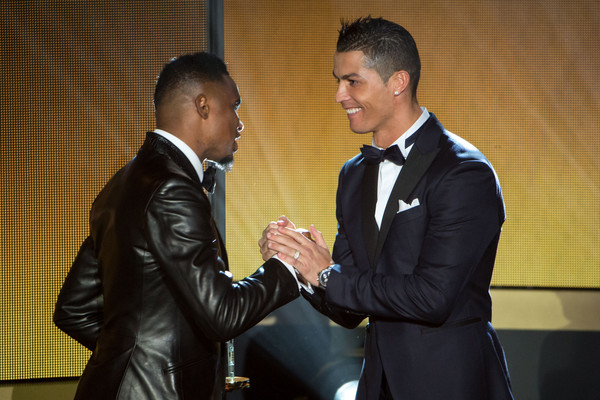 Qatar Legacy Ambassador, Samuel Eto’o, looked forward to the Tokyo Olympics and the first FIFA World Cup to be held in the Middle East and Arab world.

“I have no doubt that it will be the most beautiful World Cup ever organised. And I have one wish – to witness a final featuring Cameroon v Qatar for a once in a lifetime experience,” said the former Cameroon international.

Eto’o, who was part of a Gold medal-winning Cameroon side at the Olympic Games in Sydney in 2000, was also excited about the upcoming Olympic in Tokyo.

“Anyone who is passionate about sport will naturally follow the Olympic Games, it is a major sporting competition and those who love sport will not miss it,” he added.

The Cameroonian legend has been a regular visitor of Qatar and is not the only high-profile footballer to hold a role as a Qatar 2022 Legacy Ambassador with the Al Sadd head coach Xavi, Brazil legend Cafu and Australia’s Tim Cahill also in the same role.