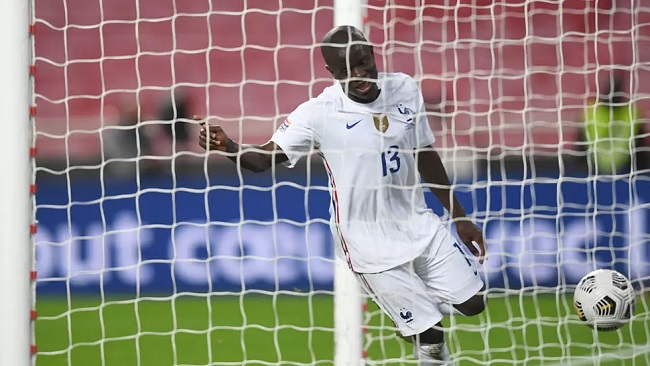 Chelsea midfielder Kante was quickest to react to a rebound as he netted the winner on 54 minutes that clinched France top spot in Group 3 ahead of the final round of matches.

France lead Portugal by three points ahead of Tuesday’s clash with Sweden in Paris but are guaranteed first place by virtue of their superior head-to-head record.

Didier Deschamps’ side became the first team to advance to the finals, which UEFA has pencilled in for October next year. Portugal won the inaugural edition on home soil in 2019.

With victory for either country enough to win the group, Deschamps made two changes to the team that drew 0-0 with Portugal at the Stade de France last month.