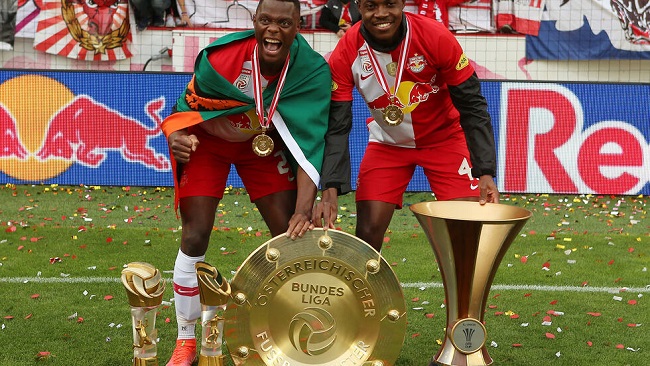 The 22-year-old Zambia striker will join the Foxes on a five-year deal, subject to Premier League and international clearance.

“I’m so, so excited to join this great, historic club,” said Daka in a Leicester statement. “It has been my dream and I’m so happy and looking forward to what’s coming next.”

No fee has been disclosed by Leicester but British media reports have valued the deal at around £23 million ($32 million, 27 million euros).

Daka had a fine record at Salzburg, with 68 goals in 125 appearances and also helped them win four succesive league titles.

“I have followed Leicester from the time they won the league (the Midlands club were English champions in the 2015/16 season),” Daka said.

“I feel it is the perfect place for me, because it’s a team that fights for titles. I know it’s not going to be easy, but I feel ready to face this new challenge.

“I will give my best for the club each and every day, and I look forward to seeing the Leicester City fans inside the stadium soon.”