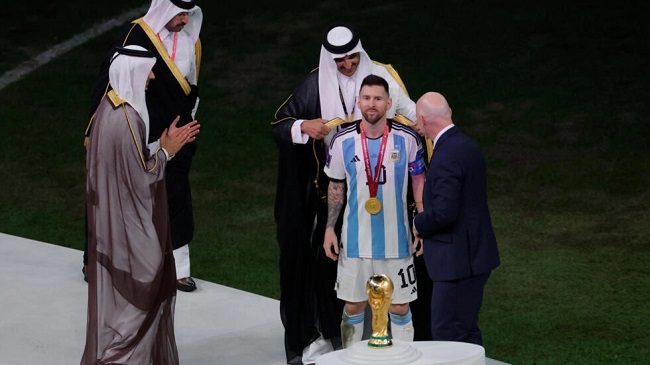 Lionel Messi is expected to make his first appearance for Paris Saint-Germain since his World Cup triumph in a Ligue 1 clash at home against Angers on Wednesday, as the Qatar-owned club look to tie the Argentine down to a new contract.

The 35-year-old took part in training with his teammates on Tuesday, a little over three weeks after inspiring Argentina to victory over France on penalties in an epic World Cup final in Qatar.

He was granted a two-week holiday back in his home country following the tournament, before returning to Paris and being given a guard of honour at PSG’s training ground last Wednesday.

The seven-time Ballon d’Or winner, who scored 12 goals in 19 games this season for his club prior to the World Cup, did not take part in PSG’s win at third-tier side Chateauroux in the French Cup at the weekend.

But he could start as the Ligue 1 leaders play host to an Angers side who are bottom of the table and have lost their last nine league outings.

How Messi approaches the second half of the campaign in France after a career-defining World Cup will be closely observed, with his initial two-year deal in Paris coming to an end.

However, the Qatar-owned club are in talks to extend his contract with coach Christophe Galtier insisting the former Barcelona star is settled in the French capital.

“I know there are talks and that the club has spoken to Leo but I don’t know where they are at,” Galtier told reporters on Tuesday.

“Leo seems to me to be happy in Paris and I think there is a real desire on behalf of the club to extend Leo’s contract,” added Galtier, who said that Luis Campos, PSG’s football advisor, was in discussions with Messi’s representatives along with president Nasser al-Khelaifi.

Kylian Mbappe, scorer of a hat-trick for France in the World Cup final, may again be rested for PSG’s midweek game after missing their French Cup victory as he took a holiday in New York along with teammate Achraf Hakimi.

Neymar has been getting treatment on the ankle injury he suffered playing for Brazil at the World Cup, while Italy midfielder Marco Verratti is out for a PSG side who suffered their first defeat of the season in their last league outing at Lens on New Year’s Day.