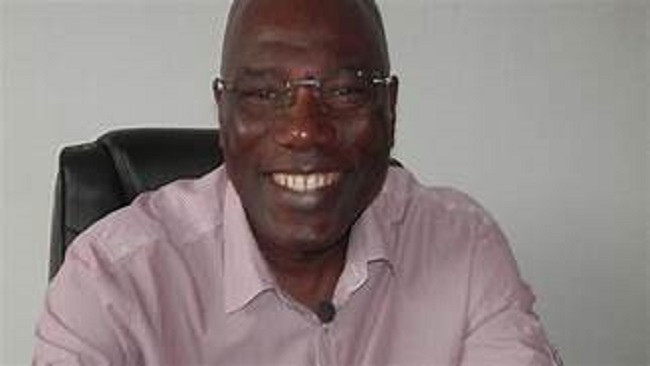 The Espanyol stopper explains what gave his country the trophy-winning edge over their rivals in continental competition. Thomas Nkono believes Nigeria suffered for their relative lack of mental strength in epic Cameroon encounters

While at international level Nigeria has a strong head-to-head record against their neighbouring rivals, things are skewed in the favour of the five-time African champions when meetings at the continental showpiece are taken into account.

Cameroon have memorably pipped Nigeria to AFCON success on three different occasions at the Final stage, boasting wins in 1984, 1988 and 2000, the latter of which came at the National Stadium in Surulere.

N’Kono was a part of the 80s playing squads, and was also in Pierre Lechantre’s technical staff for the penalty shoot-out triumph in Lagos. He believes it was the Lions’ greater psychological fortitude that gave them the edge in crunch meetings with Nigeria.

“I’ve been very fortunate to play against Nigeria,” the Espanyol legend said. “We won great Finals against great players in the African Cup, playing against Nigeria. It’s true that it was many years ago.

“I was also fortunate to accompany the new generation of players who won the African Cup in Nigeria (in 2000). Obviously, these can be tense moments. We’re talking about a neighbouring country that also wants to win. It’s like a derby for us, and you know the atmosphere is tremendous.

“But it’s all about mentality. Each player has to use the best of their skills to win the match. Fortunately for us, we had very strong players in terms of their mindset, their mentality. Because these things can get to your head, they can really affect your mind. Mental preparation is very important, and if you are well prepared in that respect you can play against anyone and beat them anywhere in the world.”

Organisation – there is no other way

Since his retirement in the late 1990s. N’Kono has been a goalkeeping coach at Espanyol, the club for whom he first played in Europe and with whom he amassed close to 300 La Liga appearances.

His time in Spain has taken in football’s last great evolution, as the Iberian nation has been at the forefront of tactical development in Europe and the world. La Roja won three straight international tournaments between 2008 and 2012, with their possession-based style greatly influencing the direction of football in the last two decades.

Amidst all of this, African football has found itself largely left behind internationally. Since Cameroon thrilled and danced their way to the quarter final at the 1990 World Cup, there has been no quantum leap forward for the continent, despite Senegal and Ghana reaching the same stage in 2002 and 2010 respectively.

Having been in a unique position to witness it all, the 65-year-old believes there is one hurdle the continent must overcome in order to remain relevant at the highest level of football.

“I think there is one very important aspect that we have to highlight, and that is organisation,” N’Kono said. “Until Africa is able to organise football better, it’s going to be difficult.

“In my opinion, there are certain shortcomings in terms of organisation, particularly travel, the provision of hotel accommodation. Young players don’t benefit from the same organisation in Africa as they do when they come to Europe, and that is a very important handicap in my opinion.

“Then we can also question and consider the preparation for each match in training. If Africa wants to develop further and try to win, or get close to winning a title, very similar to what Cameroon did in the team I played in, then we really need that organisation, there is no other option. Because otherwise Africa will always be behind.”

There has been a groundswell of criticism against the shortlist for the FIFA Ballon D’Or following the exclusion of Chelsea goalkeeper Edouard Mendy.

The Senegal international was instrumental to the Blues’ run to Champions League glory in 2020/21, keeping a record number of clean sheets (nine) to usher Thomas Tuchel’s side to glory.

His exclusion follows a general theme of underappreciation around goalkeepers in football, and has led to calls for a separate award for the net-minders going forward.

It is an opinion to which N’Kono is sympathetic. “Unfortunately, it’s always been the case that goalkeepers have largely been ignored,” he said. “But I think people are becoming more and more aware of the importance of goalkeepers and their role.

“We have to remember that, in my opinion, the most demanding position on the pitch today is that of a goalkeeper. I’m sure that organisations like FIFA that arrange these kinds of awards will probably create one to compensate goalkeepers and recognise their performance, to acknowledge the best goalkeeper.

“We always end up just recognising strikers, the ones who score goals. What about the ones who prevent goals being scored, which is perhaps more important in being able to win a match?”

N’Kono’s Espanyol will, this weekend, come up against city rivals Barcelona in La Liga action at Camp Nou.