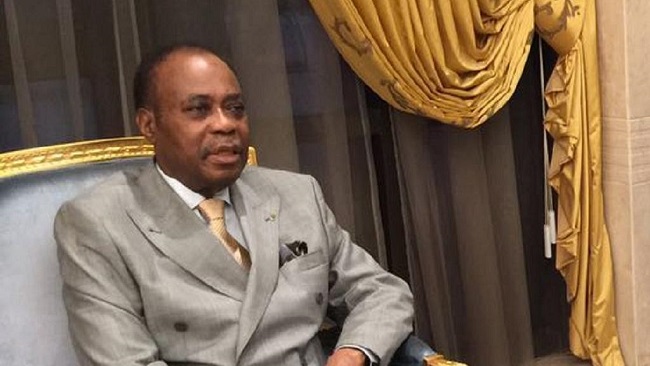 The government and people of Togo are mourning the death of a former Prime Minister of the West African country, Edem Kodjo. The former diplomat died at the age of 82 in the French capital Paris on Saturday, April 11.

The current Togolese Foreign Minister in reacting to the news posted on Twitter: “A brilliant academic, and an ardent Pan-African, our beloved Edem Kodjo died in Paris after a long illness.

‘You will always remain a reference for us’. On the eve of Easter, you practicing Christian return to your creator. Condolences to his family,” Minister Robert Dussey added.

In Togo, Kodjo spent two stints as Prime Minister, the first period from 1994 to 1996 and again from 2005 to 2006 under former president Gnassingbe Eyadema. He also held a number of ministerial posts.

Kodjo served in Eyadéma’s government as Minister of Finance from 1973 to 1976 and as Minister of Foreign Affairs from 1976 to 1978. He was elected as the Secretary-General of the Organisation of African Unity (OAU) at its summit in Khartoum on July 18–22, 1978.

At the time he took over the OUA leadership from Etéki Mboumoua, a Cameroonian diplomat reputed as the man who dismantled the Portuguese colonial empire in Africa. Eteki died in October 2016 at the age of 83 in the Cameroonian capital, Yaounde.

In his condolence message, the current African Union Commission chairperson, Moussa Faki Mahamat, described Kodjo as “a brilliant African intellectual,” and “a distinguished statesman and tireless knight of peace.”

The AU chief continued that death was “painful” before extending on behalf the staff of the AUC, his most sincere and deep condolences to his family, the Togolese people and all the African peoples. May his soul rest in peace and may his example continue to inspire the continent,” the statement concluded.

Namibian president Hage Geingob was one of the earliest African leaders to react to the death as well as Malian president Ibrahim Boubacar Keita.

Geingob wrote: “With the passing of Edem Kodjo, Africa has lost an illustrious former SG of the OAU, a former Prime Minister of Togo and a refined intellectual. A towering Pan-Africanist who contributed immensely to a peaceful and better Africa is no more. Condolences to the people of Togo. RIP.”

Aside his work as OAU chief which ended in 1983 following which he returned to France to continue with academic pursuits at the prestigious University of Sorbonne; the AU named him envoy to the Democratic Republic of Congo during the electoral crisis in the late years of Kabila’s mandate.