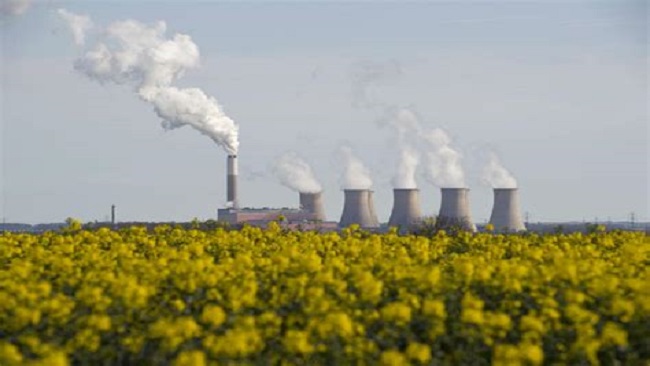 The world is littered with millions of oil and gas production facilities which include active wells and processing plants. More than 100 million people on the African continent live within half a mile of these sites and they are exposed to pollutants daily. What is more unfortunate is that when fossil fuels get burned by automobiles, power plants and industrial facilities, they release even more impurities into the atmosphere.

Air pollution from fossil fuels is known as the “invisible killer” and it has been scientifically proven that air pollution can lead to respiratory, cardiovascular, and other diseases and it is responsible for millions of deaths on the African continent. Fossil fuel development can also result in the leaking of toxic substances into the soil and drinking water sources, causing cancer, birth defects and liver damage.

In Africa, low-income communities are disproportionately impacted since these groups tend to live in neighborhoods with more pollution and they lack the resources to help themselves or to fight back. The health threats from oil and gas production are very real and it is crucial to reduce fossil fuel development, especially in rural areas of the continent where regulations by governments are not stringent enough and most African governments lack the resources to carry out inspection and evaluation missions.

These operations are changing life in communities where they are implemented, triggering climate change whose impact is clearly visible. Many reports 2020 was one of the warmest on record, and the trend is only continuing with increased human activity, leaving poor communities even more desperate. These extreme weather events are directly linked to fossil fuels which release heat-trapping gases into the atmosphere.

While global warming is a global phenomenon, the poor are disproportionately affected because of the economic and financial situation. Due to unjust housing policies and practices, these communities often live in treeless, concrete neighborhoods which are more susceptible to extreme weather events. These vulnerable segments of the continent’s population also have a harder time accessing natural landscapes which can help mitigate climate impacts.

Though it is held that Africa accounts for a small percentage of global emissions, it is also held that most of its emissions come from fossil fuel extractions. Experts hold that if Africa were to make that transition to greener and cleaner fuel sources, the continent would rid itself of some of the health issues it is facing right now. Africa can have less fossil fuel extraction and more responsible renewable energy as a means of ridding itself of the environmental issues it is currently facing.

Also, though oil and gas extraction infrastructure can create jobs and improve lives, it can also leave behind radical impacts on wildlands. The construction of roads, facilities and drilling sites requires the use of heavy equipment, and this can destroy big chunks of pristine wilderness. The damage is often irreversible. Even if oil and gas companies eventually abandon their operations sites, it can take centuries before they fully recover. What is more disheartening is that  many fossil fuel developments are located in a semi-arid climate which receives little precipitation. A full recovery would require human intervention and a bundle of resources.

Moreover, too much noise from drilling equipment, air pollution or damaged landscapes can ruin anyone’s life. The unsightly effects of oil and gas can ultimately hurt local communities which depend on their natural environment for tourism and food. In many parts of the continent, outdoor recreation is a big driver of local and national economies but spills from drilling sites have hurt so many people on the continent like in Nigeria’s Delta region where the country’s government and oil companies are doing very little to clean up the mess the oil companies have generated.

Oil and gas extraction is also a menace to wildlife. Loud noises, human movement and vehicle traffic from drilling operations can disrupt animals’ communication, breeding, and nesting. Powerlines, wellpads, fences, and roads can also fragment habitats for many species. Elephants, lions, monkeys, and other species are today endangered species in many parts of the continent due to increased drilling and other human activities.

In Southern Africa where most of the continent’s exploration takes place, animals which were noted for making age-old treks have faced a series of obstacles due, in part, to intense activity in major natural gas and oil fields. The continent’s wildlife population is shrinking, and these animals sometimes must navigate past enormous well pads and noisy compressor stations to find what forage has not been bulldozed. Future energy development on the continent could ultimately have major impacts on the abundance of these animals.

Big oil spills are big killers of wildlife and can cause long-lasting damage to marine ecosystems. Smaller spills during oil and gas extraction do not always make headlines but can also be dangerous. Drilling fluids injected into wells for lubrication—known as “mud”—are supposed to be captured in lined pits for disposal. However, they often leak and are splashed around drilling sites.

Big and small oil spills are common in top producing countries like Nigeria and Libya. These incidents can have devastating effects on local wildlife through direct contact, inhalation, and ingestion of toxic chemicals. The glare from oil and gas sites in oil-producing countries like Nigeria is so strong that it is visible from space.  Much of that light is produced by the burning, or flaring, of natural gas, well pads and storage sites.

Scientists have found that the bright glow can hurt pollinators such as bees. These insects have the very important job of moving pollen around, which helps to generate new fruits and plants. But luminosity disrupts their sleep, feeding and reproductive cycles, which in turn leads to the dwindling of plants in those parts of the continent. The brightness is also changing important cultural landscapes on the continent and if left unchecked, it could herald the death of some of Africa’s rich culture, especially as many people walk away from the polluting drilling sites.

By Atem Thomas Ashu  With extractions from https://www.wilderness.org/articles/blog/7-ways-oil-and-gas-drilling-bad-environment