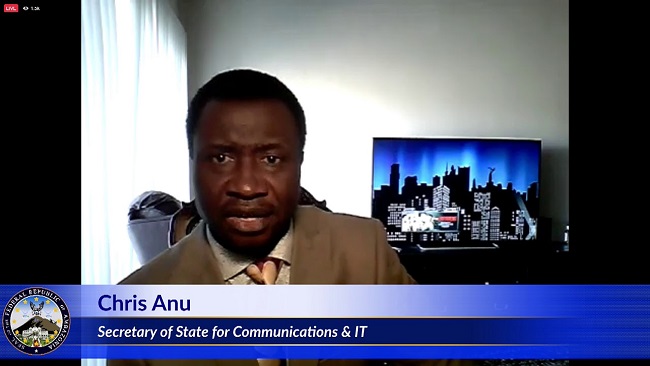 Ambazonian Communication Secretary, Hon. Chris Anu has confirmed that France is a key partner of French Cameroun military aggression against and partial occupation of Southern Cameroons. In an audio broadcast released today Thursday the 12th of July 2018, Chris Anu also pointed out that soldiers from Chad and French Cameroun government forces have been killing innocent Southern Cameroonians and many are undergoing torture at a network of clandestine prisons in French Cameroun.

The Interim Government statement of hope further revealed that large numbers of Southern Cameroons young men and women have been subjected to enforced disappearance after being arbitrarily arrested by troops loyal to the regime in Yaoundé.

Chris Anu observed that Ambazonian families find themselves in an endless nightmare where their loved ones are being killed on a daily basis. The Ambazonian Government spokesman said through an investigation conducted by the Interim Government, the Southern Cameroons resistance is very much alive and active in the Southern and Northern zones of the Federal Republic of Ambazonia.

Chris Anu also stated that the French and Chadian troops operating in shadowy conditions in the Federal Republic of Ambazonia, appears to have created a parallel security structure outside Ambazonia and French Cameroun laws, where egregious violations continue to go unchecked.

85 year old President Biya launched a brutal war against the people of Southern Cameroons in an attempt to prevent a secession bid by Anglophone Cameroonians. The offensive initially consisted of helicopter attacks but was later coupled with machines guns and the deployment of ground forces into Southern Cameroons. The UN is yet to discuss the war and the killings ever since the crisis started two years ago.

Several Western countries, the United States and France in particular, supply the Biya regime with advanced weapons and military equipment as well as logistical and intelligence assistance.