Two weeks after the hasty departure of France’s interior minister Gérard Collomb, Emmanuel Macron’s long-awaited government reshuffle is expected to be announced Monday. The president and his prime minister have been weighing the reshuffle for a few weeks, following the departure of three ministers since late August, including Interior Minister Gérard Collomb and Environment Minister Nicolas Hulot.

Several ministerial posts could be affected. Given the recent spate of resignations, observers have questioned why the reshuffle has been so long in coming. Ministers had been expecting the rejig before a cabinet meeting last week. But the Élysée said it would not happen until Macron’s return from a visit to Armenia that Friday.

Macron, whose authority has been challenged over Collomb’s departure, said he wanted to take his time.

“When you want to work with people, you must take the time to get to know them, to make sure that we think the same thing and to check all the elements,” Emmanuel Macron told FRANCE 24 during an interview on Friday in Armenia, where he was attending the international summit of French-speaking countries.

“You need to make these decisions calmly, methodically and at the right pace. The government is at work. There are no empty seats. Things are moving along,” he said. 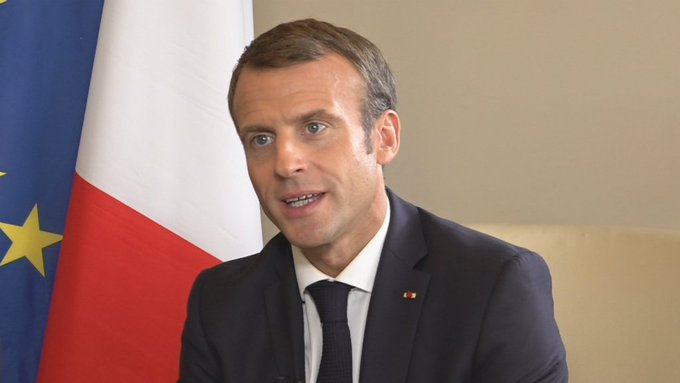 Macron, 40, faces multiple challenges in carrying out a significant revamp. Not only must he try to maintain the left-right balance that he made a hallmark of his centrist movement, but also find strong candidates from among a relatively shallow and inexperienced pool of loyalists.

“The president wishes to take all the time necessary to draw up a team in a calm and professional way,” the Élysée Palace said in a statement announcing the reshuffle’s delay.

“There is no division in the government or the parliamentary majority on the political line we are pursuing,” he said.

Macron’s popularity has sunk in recent months as frustration has welled up over a leader many voters see as arrogant and the architect of policies that favour the wealthy.

Opponents branded the reshuffle a “tragi-comedy” that exposed a shortage of political experience in the ruling party.

Macron’s République En Marche party, though, holds a commanding majority in the National Assembly (lower house), his presidential term runs until 2022, and the opposition is divided, meaning he faces no immediate threat.

Prime Minister Édouard Philippe told baying opposition lawmakers there was “no anxiety, no restlessness” inside an administration committed to social and economic reform including an overhaul of the pension and unemployment benefit systems.

A senior Élysée official said the reshuffle process was taking longer than expected because Macron had redrawn the political landscape and brought in faces from outside politics.

“We’re no longer in an age where because someone has 15 years of service under their belt they deserve to become a minister,” the official said.

Macron’s rivals are not convinced.

“Macron’s ability to attract is pretty weak,” hard-left lawmaker Alexis Corbière told BFM TV. “Many are asking themselves: ‘What should we do in this mess?’ They don’t want to be finished politically by becoming a minister in a government that risks descending into crisis in less than a year.”

In winning power in May 2017, Macron and his En Marche movement demolished France’s traditional mainstream parties. He went on to poach senior politicians from both poles and draft in newcomers to build a government “neither of the right nor left”.

But as the lustre has worn off his young presidency, and the impact of early reforms to the labour code and tax rules have yet to filter through, rivals have sought to depict an increasingly isolated figure with diminished star power.

“That they cannot replace the interior minister highlights chaos inside the Macron administration,” said Valérie Boyer of the centre-right Les Républicains party. “Either there’s a lack of names or a lack of candidates in whom the president can trust and who will stay loyal to his programme.”

While Macron doesn’t face re-election until 2022, European Parliament elections in May next year and municipal voting in France in 2020 could turn into a semi-referendum on his mid-term performance.

Particularly damaging to Macron in recent weeks were comments made by ex-interior minister Collomb. An early convert to Macronism, Collomb said the president and his team “lacked humility” and warned of hubris – a viewpoint which opinion polls show is shared by many voters.

“The issue here is not the government but the president, a president who is seen by French people as someone who doesn’t listen to them, and even belittles them,” said Jean-Daniel Levy of pollster Harris Interactive.