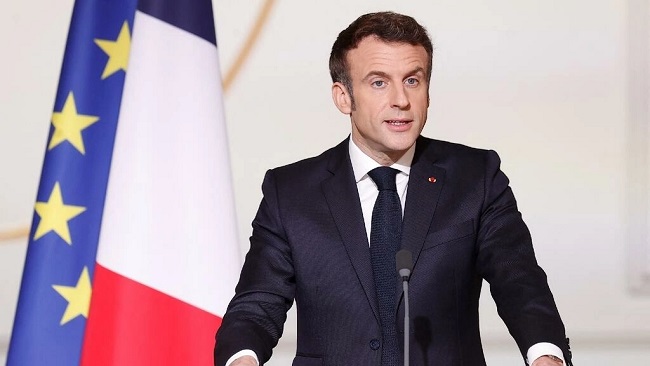 French President Emmanuel Macron on Friday denied being the main target of a judicial investigation into the government’s use of management consultants and their role in recent election campaigns.

The French financial crime prosecutor’s office revealed late Thursday that it had opened a probe which was thought to be focused on Macron and his 2017 and 2022 presidential campaigns.

“I’m not scared of anything,” the 44-year-old head of state told reporters during a trip to the town of Dijon.

“I believe that your servant is not at the heart of the investigation,” he added, referring to himself.

“It’s normal that the justice system does its work. It does it freely and will shine a light on this issue.”

The prosecutor’s statement did not name Macron or his election campaign, but said investigators were looking into allegations of favouritism and hidden campaign financing in relation to management consultancies.

The probe began after complaints following the publication of a Senate report in March which showed government spending on consultants had more than doubled during Macron’s first term from 2017-22.

The favouritism allegation could relate to US-based consultancy firm McKinsey, which was the biggest beneficiary of these contracts and reportedly provided staff to Macron’s 2017 campaign team for free.

“I tell you, no,” Macron replied when asked about the allegation, adding that he had explained himself “hundreds of times” already.

The Senate’s revelations about spending on consultants — which reached a billion euros ($1.1 billion) last year — were seized on by Macron’s opponents during his campaign for a second term this April.

The scandal, dubbed “McKinseygate” by the French media, became a debating point, with many French people shocked by the use of expensive and foreign firms which specialise in strategic advice and IT services.

Macron has repeatedly defended the recourse to consultants.

“When you want to go very quickly and very strongly with a policy, you need to make use of outside contractors occasionally,” he told reporters in late March.

The investigation is significant because it could be the first that risks personally implicating the president.

Several of his allies, including his current chief of staff, face legal investigations over a range of charges.

The most damaging incident involved his former bodyguard who was filmed beating up protesters in 2018 and was later convicted of assault.

“For the moment, this issue is going completely over the head of French people who are obsessed with economic, energy and social considerations,” Frederic Dabi, the director of polling group Ifop, told AFP.

“It remains to be seen if it will become a slow poison for Macron’s camp if there are a series of judicial developments,” he added.

France has strict rules on the financing of election campaigns and political parties, which have led to many convictions in recent decades.

Judges concluded that Sarkozy spent nearly twice the legal limit on his doomed quest for a second term.

“Let’s stop imagining that because an investigation has been opened that there’s something outrageous,” MP Sylvain Maillard, interim leader of Macron’s party in parliament, told Europe 1 on Friday.