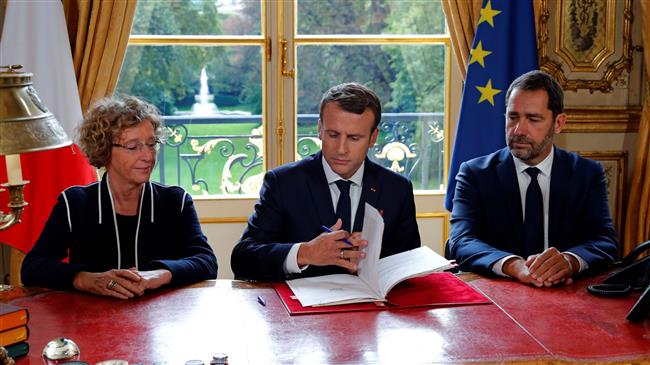 Two lower house seats were won by the conservative Republican Party on Sunday.

One of the conservatives was re-elected in the Belfort 1 constituency in the east of the country with 58.93 percent of the votes, against 41.07 percent for the candidate supported by Macron’s party, the Republic on the Move.

The second seat was lost by Macron’s candidate in the Val d’Oise area north of Paris.

Other parties, including the far-right National Front, had been eliminated in the first round of elections last Sunday.

The new leader of the conservative Republican Party, Laurent Wauquiez, who is also a hard-hitting critic of the president, described the results of the by-elections as “a blow which severely punishes the government’s policies.”

Wauquiez said that the impact of the government’s policies “on the ground is being judged harshly by our fellow citizens: tax rises for the middle class and pensioners and an unprecedented explosion in immigration and crime.”

He also accused Macron of being out of touch with rural France. Macron has formerly dismissed the accusations.